Solihull Moors will face off against the visiting Grimsby Town at SportNation.bet Stadium in this National League match on Tuesday.

View all of the Solihull Moors v Grimsby Town predictions, poll and stats below - plus the latest match odds.

Solihull Moors will be looking for an improved result here following the 0-2 National League defeat in their last game at the hands of Chesterfield.

Fewer than three goals per game were scored during 5 of the past 6 fixtures where Solihull Moors have been involved. In terms of the goal distribution from that period, opposing sides scored an aggregate of 5 while Solihull Moors got themselves 4. Let’s find out whether or not that trend will end up being sustained into this next match.

Coming into this contest, Solihull Moors haven’t won at home in the past 2 league matches.

Grimsby Town will go into the game following a 1-0 National League win with the defeat of Southend United in their most recent game.

The only name on the scoresheet from Grimsby Town was Ryan Taylor (3').

For 5 of the previous 6 clashes featuring Grimsby Town, a comparatively low number of goals have been scored between them and their opponents. The overall average goals scored per game within that period comes out as a meagre 1.5, with the average goals for The Mariners equalling 0.83.

The Solihull Moors manager Neal Ardley doesn’t have any fitness worries to speak of coming into this match thanks to a completely injury-free squad available for selection.

Thanks to a fully injury-free group to choose from, the Grimsby Town boss Paul Hurst does not have any fitness concerns to speak of coming into this match.

Looking at these two, we feel that Grimsby Town and Solihull Moors should both get enough opportunities to score, although it’s hard to separate the two.

A close call, and we think a draw is quite likely. We’re therefore tipping a very close game with a 1-1 score draw at the end of the 90 minutes. 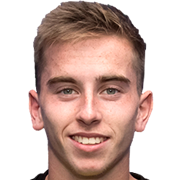 Generally used in the Centre Midfield position, Joe Sbarra was born in England. Having played his first senior match for Burton Albion in the 2016 - 2017 season, the dangerous Midfielder has accumulated 8 league goals in this National League 2021 - 2022 season to date in a total of 15 appearances.

We have made these Solihull Moors v Grimsby Town predictions for this match preview with the best intentions, but no profits are guaranteed. Please always gamble responsibly, only with money that you can afford to lose. Best of luck with your selections.