Yeni Malatyaspor will do battle with away side Konyaspor at Yeni Malatya Stadyumu in this Super Lig tie on Saturday.

Our predictions, user poll and statistics for Yeni Malatyaspor v Konyaspor can be found here - plus the latest betting odds.

Yeni Malatyaspor enter this game after a 1-1 Super Lig drawn match vs Antalyaspor.

It has been seldom in recent times that Yeni Malatyaspor have kept a clean sheet. In fact, Malatyaspor have failed to prevent opponents from scoring in 5 of their previous 6 matches, giving up 7 goals on the way.

Konyaspor come into this clash following on from a 2-0 Super Lig win with the eclipse of Denizlispor in their last outing.

Throughout their six previous matches, İsmail Kartal's Konyaspor have found the net 5 times therefore yielding them the goals scored per game average of 0.83.

Coming into this clash, Konyaspor are without a win away from home in their last 4 matches in the league.

Looking over their most recent head to head meetings dating back to 04/03/2018 shows us that Yeni Malatyaspor have won 2 of them & Konyaspor 1, with the tally of drawn games standing at 3.

10 goals were scored between them in this period, with 6 for Malatyaspor and 4 created by Konyaspor. This gives an average number of goals per game equal to 1.67.

The last league meeting featuring the two was Super Lig match day 5 on 17/10/2020 and the score finished Konyaspor 1-1 Yeni Malatyaspor.

The referee was Turgut Doman.

Yeni Malatyaspor boss Hamza Hamzaoğlu will be grateful not to have any fitness concerns to speak of before this game thanks to a completely healthy squad available to select from.

We believe that Konyaspor will manage to find the back of the net against this Yeni Malatyaspor side, although it may not prevent them from conceding a couple at the other end.

We’re predicting a narrow 2-1 winning margin for Yeni Malatyaspor by the time that the referee blows the final whistle. We’ll have to see what happens. 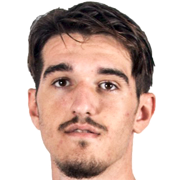 Usually taking to the field in the Striker position, Kubilay Kanatsizkuş was born in Osmangazi, Turkey. After having made a senior debut playing for Bursaspor in the 2015 - 2016 season, the accomplished Forward has scored a sum of 4 league goals in this Süper Lig 2020 - 2021 campaign to date in a total of 19 appearances.

While we have made these predictions for Yeni Malatyaspor v Konyaspor for this match preview with the best of intentions, no profits are guaranteed. Always gamble responsibly, and with what you can afford to lose. Best of luck.