Grimsby Town face off with away team Harrogate Town at Blundell Park in the League Two meeting on Tuesday.

Grimsby Town will be looking for another win after a 0-3 League Two triumph over Crewe Alexandra.

Over their prior six fixtures, Paul Hurst's Grimsby Town have hit the target a combined total of 8 times, an average number of goals scored per match of 1.33.

Harrogate Town go into this encounter following on from a 0-1 League Two win in the defeat of Carlisle United in their previous match.

The numbers tell their own story, and Harrogate Town have been scored against in 5 of their last 6 games, seeing opposing sides hit 9 goals in total. In defence, Harrogate Town have some weaknesses to address. Such a trend won’t necessarily follow through here, however.

Heading into this fixture, Harrogate Town are without a win away from home in their last 2 league matches.

The last league fixture featuring these clubs was League Two match day 23 on 26/12/2022 when it finished Harrogate Town 3-2 Grimsby Town.

The Grimsby Town manager Paul Hurst will be thankful to have no fitness concerns to speak of coming into this game with a completely healthy group available for selection.

Owing to a fully healthy group to pick from, the Harrogate Town manager Simon Weaver does not have any fitness worries at all ahead of this game.

Harrogate Town will really need to work well to see themselves scoring against this Grimsby Town outfit who will likely just have the edge.

We’re therefore tipping a highly competitive game with a 1-0 winning margin for Grimsby Town when the referee blows for full-time. 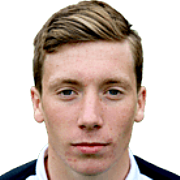 Regularly used in the Centre Midfield position, Harry Clifton was born in Grimsby, England. After making a first senior appearance for Grimsby Town in the 2022 - 2023 season, the goalscoring Midfielder has bagged 6 league goals in the League Two 2022 - 2023 campaign so far coming from a total of 24 appearances.

While we have made these predictions for Grimsby Town v Harrogate Town for this match preview with the best of intentions, no profits are guaranteed. Always gamble responsibly, and with what you can afford to lose. Good luck!