Willem II will be facing the visiting PSV Eindhoven at Koning Willem II Stadion in the Eredivisie fixture on Sunday.

Our full set of predictions, statistics and match poll for Willem II v PSV Eindhoven can be seen below (inc. the best betting odds).

Willem II will be looking for an improved result here after a 3-2 Eredivisie losing effort in their last game against FC Utrecht.

Željko Petrović's Willem II have seen rewards for their attempts on goal 6 times in their past 6 outings. Conversely, the number of goals that have been scored against them in that time stands at 9.

Coming into this fixture, Willem II have not beaten PSV Eindhoven in their last 2 matches in the league.

Last time out, PSV Eindhoven drew 2-2 in the Eredivisie match with SC Heerenveen.

During their 6 most recent matches, Roger Schmidt's PSV Eindhoven have converted 9 times thus earning them the goals per game average of 1.5.

A review of their past head-to-head clashes stretching back to 10/03/2018 tells us that Willem II have won 2 of them and PSV Eindhoven 4, with the number of drawn results being 0.

There were also plenty of goals scored in those games, 24 overall which averages out at 4 goals per meeting.

The previous league contest between these sides was Eredivisie match day 8 on 08/11/2020 which finished with the scoreline of PSV Eindhoven 3-0 Willem II.

In this match, Willem II would be disappointed if they were not to score a goal against this PSV Eindhoven lineup, although one goal isn’t likely to be as many as they will have scored against them.

We can see a tight encounter finishing with a 1-2 advantage for PSV Eindhoven when the full-time whistle blows. Looking forward to seeing how this one unfolds. 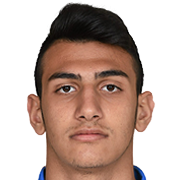 Customarily playing in the Striker position, Vangelis Pavlidis was born in Thessaloniki, Greece. Having played his first senior match for VfL Bochum in the 2015 - 2016 season, the dangerous Forward has managed 8 league goals in the Eredivisie 2020 - 2021 campaign to date in a total of 31 appearances.

While we have made these predictions for Willem II v PSV Eindhoven for this match preview with the best of intentions, no profits are guaranteed. Always gamble responsibly, and with what you can afford to lose. Good luck with your selections.