Bayer Leverkusen head into this match following on from a 1-1 Bundesliga 1 stalemate against Augsburg.

Matches involving Bayer Leverkusen have tended to be entertaining encounters of late with high scoring expected. Over their past six games alone, the sum of 24 goals have gone in for both sides combined (at an average of 4 goals per game) with 12 of them being chalked up by Leverkusen.

BSC Young Boys will go into this clash following on from a 2-0 Super League win against Servette FC in their last outing.

The only scorer from BSC Young Boys was Jean-Pierre Nsamé (41'). Steve Rouiller (4' Own goal) scored for Servette FC.

A very clinical BSC Young Boys have helped themselves to an abundance of goals over their last 6 games (18 in all). That translates to an impressive average of 3 goals scored per game for this period. That trend isn’t assured to be carried forward into this match, of course.

Bayer Leverkusen boss Peter Bosz will be happy not to have any fitness worries to speak of ahead of this clash owing to a fully injury-free group ready to go.

Young Boys boss Gerardo Seoane has to currently contend with reduced team options. Vincent Sierro (Torn Muscle), Esteban Petignat (Cruciate Ligament Rupture) and Christopher Martins Pereira (Hip problems) are those who can’t be considered. The players ineligible for this match because of suspension are Mohamed Camara and Jean-Pierre Nsame.

It’s pretty clear that BSC Young Boys will need to be at their best to score against a Bayer Leverkusen side who have all the attributes to do really well if they play to their full potential.

We predict a 3-0 win for Bayer Leverkusen at the end of the 90 minutes. 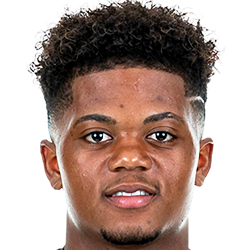 Normally used in the Left Wing position, Leon Bailey was born in Jamaica. After having made a senior debut playing for KRC Genk in the 2015 - 2016 season, the goalscoring Forward has managed to score 5 league goals in this Bundesliga 1 2020 - 2021 campaign to date in a total of 20 appearances.

While we have made these predictions for Bayer Leverkusen v BSC Young Boys for this match preview with the best of intentions, no profits are guaranteed. Always gamble responsibly, and with what you can afford to lose. Best of luck.