The League One fixture at Keepmoat Stadium on Friday will see home side Doncaster Rovers welcome opponents Charlton Athletic.

Our Doncaster Rovers v Charlton Athletic predictions, statistics and match poll can be seen below - along with the latest match odds.

Doncaster Rovers will be hoping to bounce back here following the 1-0 League One defeat in their last game at the hands of MK Dons.

Daniel Harvie (76') was the scorer for MK Dons.

Doncaster Rovers have struggled with their forward play of late. Their goals record stands at just 4 vs opponents over their previous six matches. In those meetings, The Rovers have also seen the tally of goals scored against them total 8. Such a trend isn’t assured to be carried forward into this match, however.

Analysis of their past results shows that Doncaster Rovers:

Previously, Charlton Athletic drew 2-2 in the League One tie with AFC Wimbledon.

For Charlton Athletic, the goals were scored by Jayden Stockley (10') and Diallang Jaiyesimi (20'). Ryan Longman (15', 65') was the scorer for AFC Wimbledon.

Nigel Adkins's Charlton Athletic have slotted home 9 times throughout their previous six matches. The aggregate of goals that they have conceded during those matches adds up to 6.

Looking at their past form shows that Charlton Athletic:

If we look at their past head to head duels dating back to 10/02/2018, there is nothing to separate the two clubs with Doncaster Rovers winning 2 of those games, Charlton Athletic 2 and 2 being draws in normal time.

A combined total of 18 goals were yielded between them in these games, with 9 from The Rovers and 9 belonging to The Addicks. The average goals per game has been 3.

The previous league contest featuring these clubs was League One match day 2 on 19/09/2020 when the final score was Charlton Athletic 1-3 Doncaster Rovers.

Availability isn’t a big problem, with just one fitness concern for the Doncaster Rovers gaffer Andy Butler to contend with due to a largely intact group of players. Tyreece John-Jules (Torn Muscle) will miss out.

Due to a completely healthy group to choose from, Charlton Athletic manager Nigel Adkins has zero fitness concerns to speak of coming into this clash. Darren Pratley is ineligible for this match because of suspension.

We’re thinking that Charlton Athletic and Doncaster Rovers could both well score here although it’s hard to see a clear-cut winner.

There should be little in it, and a draw looks to be quite a realistic result. We’re therefore expecting a close game with a 1-1 draw at the end of the 90 minutes. 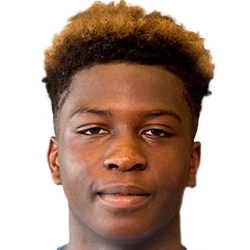 Normally played in the Right Attacking Midfielder position, Taylor Richards was born in London, England. After having played his first senior match for Doncaster Rovers in the 2020 - 2021 season, the skilful Midfielder has managed to score 5 league goals in the League One 2020 - 2021 campaign so far in 30 appearances.

We have made these Doncaster Rovers v Charlton Athletic predictions for this match preview with the best intentions, but no profits are guaranteed. Please always gamble responsibly, only with money that you can afford to lose. Best of luck with your selections.