The Serie B match at Stadio San Vito-Gigi Marulla on Saturday will see home team Cosenza go up against opponents Chievo Verona.

All of our predictions, stats and the user poll for Cosenza v Chievo Verona are shown below - as well as up-to-date odds.

Cosenza will be looking to improve on their last outing here following the 3-1 Serie B losing effort in their last game against Lecce.

In that match, Cosenza managed 49% possession and 5 attempts on goal with 3 on target. The only player on the scoresheet for Cosenza was Ettore Gliozzi (8'). Lecce got 15 attempts at goal with 5 on target. Massimo Coda (12'), Marco Mancosu (77') and Biagio Meccariello (85') scored for Lecce.

Bruzi have not been the best at stopping their opponents lately, but they have also done enough to hit the back of the net themselves. Over their last 6 matches, Bruzi have seen their goal breached in 5 of them while also managing to get on the scoresheet in 5 of those matches.

Going into this game, the form guide shows that Cosenza:

Following on from being beaten in their last game against Monza in Serie B action, Chievo Verona will be hoping to turn things around here.

Looking at their form, and Chievo Verona have been scored against in 5 of their last 6 games, conceding 5 goals in all. Defensively, Mussi Volanti certainly have room for improvement. In any event, time will tell if such a trend shall persist in this match or not.

Going into this one, Chievo Verona have not won away from home in their last 4 league matches.

The last league meeting between the two was Serie B match day 6 on 31/10/2020 which ended up with the score at Chievo Verona 2-0 Cosenza.

In that match, Chievo Verona had 49% possession and 12 attempts at goal with 4 on target. The goals were scored by Maxime Leverbe (42') and Luca Garritano (84').

On the other side, Cosenza had 5 shots at goal with 2 on target.

It doesn’t get much better regarding selection, with just the sole fitness concern for the Cosenza gaffer Roberto Occhiuzzi to contend with thanks to an otherwise robust set of players. Luca Bittante (Cruciate Ligament Injury) is sidelined.

Owing to a completely injury-free squad to pick from, Chievo Verona boss Alfredo Aglietti doesn’t have any fitness concerns whatsoever coming into this clash.

We’re envisaging that Cosenza could well find it tough to score goals against this Chievo Verona outfit who we reckon will gain the upper hand.

Our tip is therefore for a very even contest with a 0-1 win for Chievo Verona at full-time. 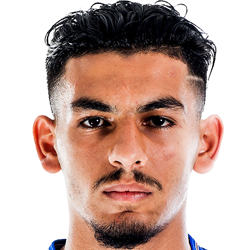 Usually used in the Left Attacking Midfielder position, Mohamed Bahlouli was born in Lyon, France. After having made a senior debut playing for Cosenza in the 2019 - 2020 season, the accomplished Midfielder has got 2 league goals in the Serie B 2020 - 2021 season to date in a total of 18 appearances.

We have made these Cosenza v Chievo Verona predictions for this match preview with the best intentions, but no profits are guaranteed. Please always gamble responsibly, only with money that you can afford to lose. Best of luck.