Cologne will be at Veltins-Arena on Sunday for the Bundesliga 1 meeting with home team Schalke.

All Schalke v Cologne game predictions, stats and user poll are shown below (plus the best game odds).

Schalke will be wanting a better result here following a 1-6 Bundesliga 1 defeat last time out to RB Leipzig.

It has been all too rare in recent games where Schalke have managed to hold out for a full 90 minutes. The reality is that Schalke have failed to prevent opponents from scoring in 5 of their previous 6 games, leaking 15 goals on the way. We shall soon find out if that trend can be continued on here.

Their prior results show that Schalke:

In their last game, Cologne drew 1-1 in the Bundesliga 1 tie with Bayern Munich.

Checking on past results between these clubs stretching back to 31/10/2018 shows that these encounters have ended in disappointment for Schalke. They’ve not been able to get any victories at all while Cologne have dominated them, running out winners in 67% of those matches.

15 goals were yielded between them during those clashes, with 4 from Schalke and 11 created by Köln. That is an average goals per game value of 2.5.

The last league encounter featuring the two was Bundesliga 1 match day 1 on 07/08/2022 and the score finished Cologne 3-1 Schalke.

On the other side, Schalke had 5 attempts at goal with 2 of them on target. Marius Bülter (76') was the scorer.

Due to a fully healthy group to pick from, the Cologne boss Steffen Baumgart doesn’t have any fitness concerns whatsoever before this clash.

We’re thinking that Schalke will really need to work well to put one past this Cologne lineup who we think will manage to score & go ahead.

We’re therefore anticipating a 0-1 victory for Cologne at the end of the 90. 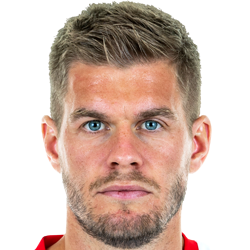 Mostly taking up the Striker position, Simon Terodde was born in Bocholt, Germany. Having played his first senior match for Duisburg in the 2008 - 2009 season, the accomplished Forward has netted 3 league goals in this Bundesliga 2022 - 2023 season so far in 17 appearances.

We have made these Schalke v Cologne predictions for this match preview with the best intentions, but no profits are guaranteed. Please always gamble responsibly, only with money that you can afford to lose. Best of luck.