For all of our match predictions, pre-game poll and statistics for Leicester City v Legia Warsaw, scroll down - along with the latest match odds.

Leicester City will be hoping for a better result after a 0-3 Premier League loss in their previous game against Chelsea.

In that match, Leicester City managed 38% possession and 4 attempts at goal with 3 on target. For their opponents, Chelsea got 16 attempts on goal with 7 on target. Antonio Rüdiger (14'), N'Golo Kanté (28') and Christian Pulisic (71') scored for Chelsea.

After a loss in their previous game against Górnik Zabrze in Ekstraklasa competition, Legia Warsaw and their fans will hope to get a better result this time.

Looking at their form, and Legia Warsaw have been scored against in 6 of their last 6 matches, letting opponents get 19 goals in all. Defensively, Legia Warsaw seem to have a bit of a soft underbelly. In any event, time will tell if the trend might be sustained in this upcoming game.

The previous league game between the two was Europa League match day 2 on 30/09/2021 which ended up with the score at Legia Warsaw 1-0 Leicester City.

On that day, Legia Warsaw managed 35% possession and 10 attempts at goal with 3 of them on target. Their only player to score was Mahir Emreli (31').

Leicester City had 18 shots at goal with 4 on target.

The Leicester City manager Brendan Rodgers has no fitness worries to speak of ahead of this clash thanks to a fully injury-free squad ready to go.

Thanks to a completely healthy squad available to choose from, the Legia Warsaw manager Marek Gołębiewski does not have any fitness concerns at all before this clash.

We’re of the opinion that Leicester City can and should convert a lot of goal-scoring opportunities.

At the same time, Legia Warsaw could well find it tough getting goals but we can see them managing to get on the scoresheet as well here.

Our selection here is for a fairly comfortable 3-1 winning margin for Leicester City when all’s said and done. 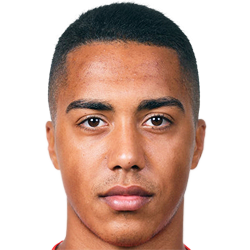 Customarily used in the Centre Midfield position, Youri Tielemans was born in Sint-Pieters-Leeuw, Belgium. After having played his first senior match for RSC Anderlecht in the 2013 - 2014 season, the talented Midfielder has hit 3 league goals in this Premier League 2021 - 2022 season so far in 11 appearances.

While we have made these predictions for Leicester City v Legia Warsaw for this match preview with the best of intentions, no profits are guaranteed. Always gamble responsibly, and with what you can afford to lose. Best of luck with your selections.