The two sides are preparing for Champions League action happening on Tuesday when Atalanta will take on Manchester United.

Our predictions, user poll and statistics for Atalanta v Manchester United can be found here (including the best match odds).

Atalanta go into this fixture coming off the back of a 2-2 Serie A stalemate against Lazio.

At least three goals per game were recorded in 5 of the past 6 meetings where Atalanta have played. Opposition teams scored 11 of them in these games while Atalanta managed a tally of 14. We shall soon find out if that trend can be continued on into this next match.

Manchester United come into this game following on from a 0-3 Premier League win versus Tottenham Hotspur in their last fixture.

The previous league match between these clubs was Champions League match day 3 on 20/10/2021 which ended up with the score at Manchester United 3-2 Atalanta.

That day, Manchester United managed 56% possession and 22 attempts at goal with 9 of them on target. Goals were scored by Marcus Rashford (53'), Harry Maguire (75') and Cristiano Ronaldo (81').

Due to a fully healthy group to choose from, the Manchester United boss Ole Solskjær has no fitness concerns to report coming into this match. Ineligible players who cannot play in this game through suspension are Phil Jones and Lee Grant.

It’s looking like Manchester United and Atalanta should end up playing out a closely-fought contest here.

Let’s see how this one goes, but it looks this could have goals and the potential for a draw. We’re therefore seeing a really entertaining tussle with a 2-2 score draw after 90 minutes. 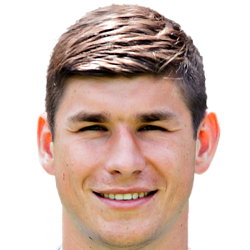 Generally deployed in the Centre Midfield position, Ruslan Malinovskyi was born in Zhytomyr, Ukraine. Having made a first senior appearance for FC Sevastopol in the 2012 - 2013 season, the dangerous Midfielder has struck 2 league goals in this Serie A 2021 - 2022 campaign so far from a total of 10 appearances.

We have made these Atalanta v Manchester United predictions for this match preview with the best intentions, but no profits are guaranteed. Please always gamble responsibly, only with money that you can afford to lose.