Austria Klagenfurt come up against guests Rapid Vienna at Wörthersee Stadion in the Bundesliga clash on Sunday.

Scroll down for all of our predictions, poll and stats for the Austria Klagenfurt v Rapid Vienna game - along with the latest match odds.

Austria Klagenfurt will be wanting a better result here after the 3-1 Bundesliga defeat last time out to LASK Linz.

Fixtures featuring Austria Klagenfurt have often been entertaining affairs lately with plenty of scoring being the norm. Over their past 6 clashes, a grand total of 25 goals have been recorded for both sides combined (at an average of 4.17 goals per game) with 14 of them accredited to Austria Klagenfurt.

Ahead of this meeting, Austria Klagenfurt have not won at home in their last 6 matches in the league. Their fans aren't happy.

Rapid Vienna will go into the match following on from a 1-2 Conference League Qualifiers win in the defeat of Lechia Gdańsk in their most recent game.

For Rapid Vienna, the goals were scored by Nicolas Kühn (16') and Marco Grüll (18'). Łukasz Zwoliński (82') was the scorer for Lechia Gdańsk.

A sequence of reliable displays from the Rapid Vienna defensive unit has seen their ‘goals against’ tally standing at 2 from their previous 6 fixtures combined. Over that same period, their forwards have scored 8. Such a pattern might not be continued here, of course.

The previous league encounter between these sides was Bundesliga match day 7 on 27/04/2022 when the final score was Rapid Vienna 2-2 Austria Klagenfurt.

For their opponents, Austria Klagenfurt had 11 shots on goal with 6 of them on target. Florian Jaritz (70') and Turgay Gemicibaşi (84') scored.

The Austria Klagenfurt boss Peter Pacult has no fitness worries at all before this match with a fully injury-free group ready to go.

Looking at these two teams, we feel that Austria Klagenfurt certainly have the ability to find the back of the net against this Rapid Vienna lineup, however a single goal may not be enough to prevent defeat.

We’re therefore expecting a very close game with a 1-2 advantage for Rapid Vienna at full-time. Could easily go either way, this. 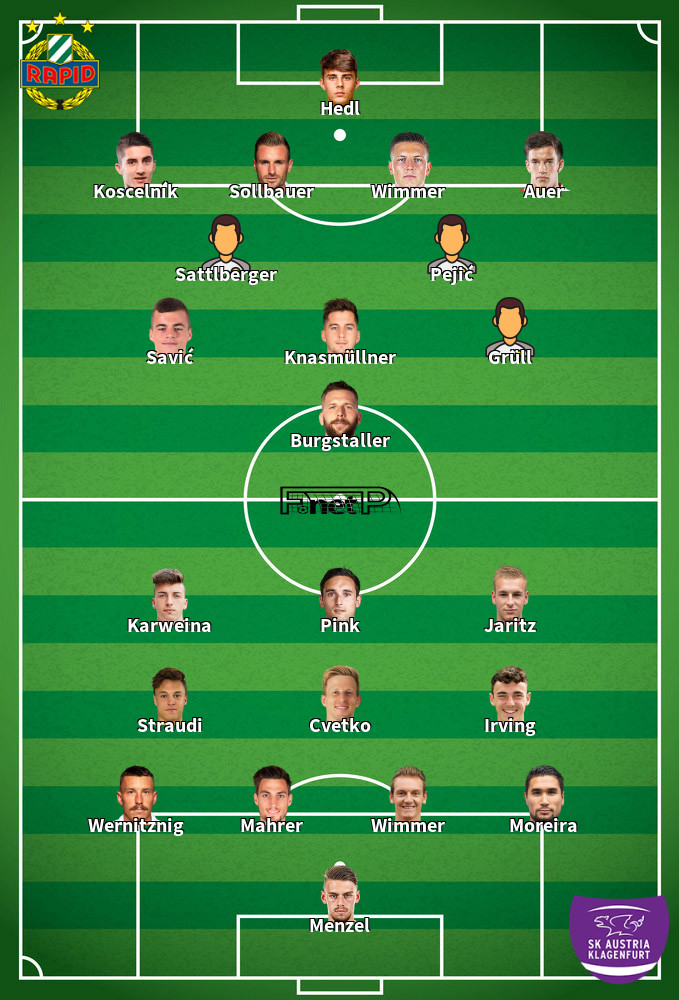 We have made these Austria Klagenfurt v Rapid Vienna predictions for this match preview with the best intentions, but no profits are guaranteed. Please always gamble responsibly, only with money that you can afford to lose. We wish you the best of luck.