The long-awaited Europa League quarter-final between Inter Milan and Bayer Leverkusen takes place on Monday. Needless to say that, with a place in the semi final at stake, we look set for an exciting game of football from them both.

View all of the Inter Milan v Bayer Leverkusen predictions, poll and stats below - as well as up-to-date odds.

Inter Milan, buoyed by their previous result, will be hoping for more of the same after the 2-0 Europa League success vs Getafe.

In that match, Inter Milan managed 53% possession and 10 shots at goal with 5 on target. For Inter Milan, the scorers were Romelu Lukaku (33') and Christian Eriksen (83'). At the other end, Getafe CF had 17 attempts at goal with 2 of them on target.

Their most recent results reveal that huge efforts have been put in by the Inter Milan backline. Nerazzurri have been stingy, with the total number of goals that have gone in at their end during their last 6 clashes standing at 2.

Bayer Leverkusen come into this clash after a 1-0 Europa League win over Rangers in their last outing.

Peter Bosz's Bayer Leverkusen have found the back of the net 8 times in the course of their most recent six matches. The overall goals that they have conceded during that period equals 8.

Regarding absentees, there’s just the lone fitness concern for the Inter Milan gaffer Antonio Conte to be concerned with thanks to an almost full-strength set of players. Matías Vecino (Knee Injury) is out of contention.

Due to a completely injury-free squad ready to go, Bayer Leverkusen manager Peter Bosz does not have any fitness worries whatsoever coming into this game.

We’re thinking that Bayer Leverkusen are certainly able to find the back of the net against this Inter Milan side, but it may not quite be enough to prevent defeat.

Our tip is for a narrow 2-1 advantage for Inter Milan after 90 minutes. Let’s see what eventuates. 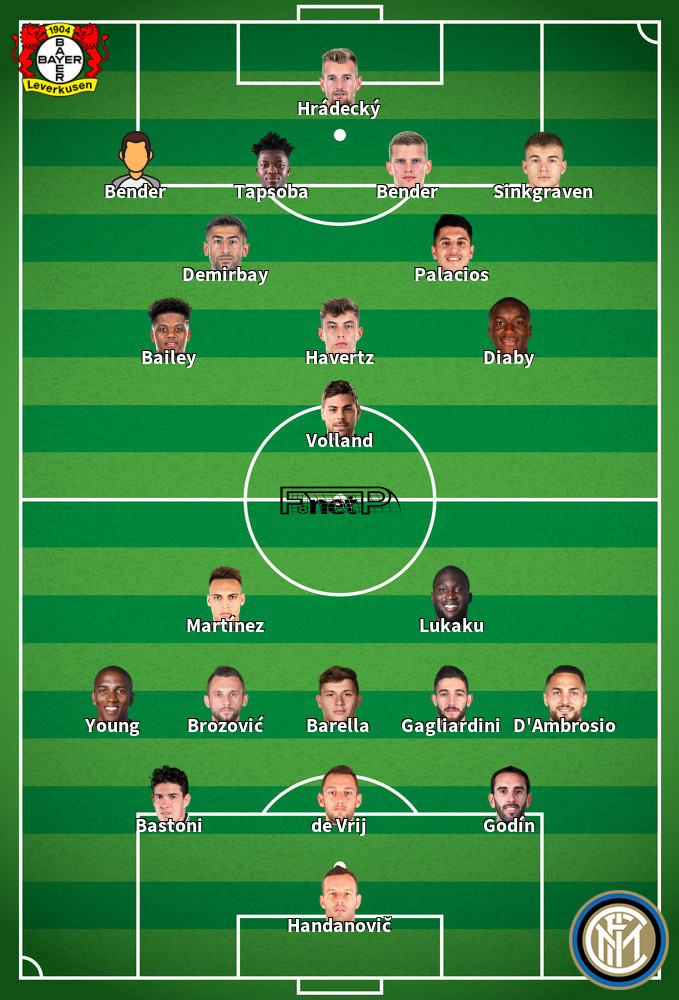 Customarily taking to the field in the Striker position, Romelu Lukaku was born in Antwerp, Belgium. After having made a senior debut playing for RSC Anderlecht in the 2009 - 2010 season, the talented Forward has struck 23 league goals in this Serie A 2019 - 2020 season so far coming from a total of 36 appearances.

While we have made these predictions for Inter Milan v Bayer Leverkusen for this match preview with the best of intentions, no profits are guaranteed. Always gamble responsibly, and with what you can afford to lose. Best of luck.