Scroll down for all of our predictions, poll and stats for the Bayern Munich v Benfica game (including the best match odds).

Bayern Munich, following on from their previous result, will be hoping for more of the same after the 2-5 Bundesliga 1 success vs Union Berlin.

Bayern Munich have been unlocking defences at will in recent times, lashing 19 goals past the opposition during the course of the previous six outings. In those meetings, Bayern Munich have also seen the number of goals scored against them total 10.

In the game prior to this, Benfica drew 1-1 in the Primeira Liga tie with Estoril.

During their 6 latest matches, Jorge Jesus's Benfica have slotted home a total of 8 times, earning them the goals scored per game average of 1.33.

The last league match featuring the two was Champions League match day 3 on 20/10/2021 which finished with the scoreline of Benfica 0-4 Bayern Munich.

That day, Benfica had 35% possession and 8 attempts at goal with 3 of them on target. Their only player to score was Everton (80' Own goal).

The referee was Ovidiu Alin Hațegan.

Availability isn’t a big problem, with just the sole fitness concern for the Bayern Munich boss Julian Nagelsmann to be concerned with from of an almost fully healthy set of players. Eric Maxim Choupo-Moting (Muscle Injury) is out of contention.

In this game, Benfica will have a difficult task to score against a Bayern Munich team who will most probably create many chances to win well.

We’re expecting a comprehensive 3-0 winning margin for Bayern Munich at the end of this one. 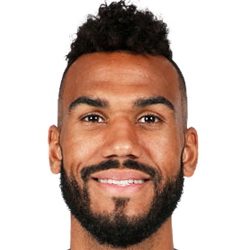 Generally used in the Striker position, Eric Maxim Choupo-Moting was born in Hamburg, Germany. After making a first senior appearance for Hamburg in the 2007 - 2008 season, the accomplished Forward has bagged 3 league goals in the Bundesliga 2021 - 2022 season to date in a total of 7 appearances.

While we have made these predictions for Bayern Munich v Benfica for this match preview with the best of intentions, no profits are guaranteed. Always gamble responsibly, and with what you can afford to lose. Good luck with your selections.