The League One clash at University of Bolton Stadium on Tuesday will see hosts Bolton Wanderers lock horns with opponents Forest Green Rovers.

Our Bolton Wanderers v Forest Green Rovers predictions, statistics and match poll can be seen below - along with the latest match odds.

Bolton Wanderers will be hoping to return to winning ways here after the 2-1 League One loss in their previous game against Derby County.

The only name on the scoresheet from Bolton Wanderers was Kieran Sadlier (93'). Nathaniel Mendez-Laing (16') and Conor Hourihane (72') scored for Derby County.

Their latest results highlight the fact that much respect should be given to the Bolton Wanderers backline. Bolton Wanderers have given the opposition little, resulting in the tally of goals that have gone in at their end during their past six clashes standing at 3. Nevertheless, time will tell whether the trend will persist in this game or not.

Ahead of this meeting, Bolton Wanderers are undefeated in their previous 5 home league matches.

Since being defeated in their last game at the hands of MK Dons in League One action, Forest Green Rovers and their travelling supporters will be hoping that they can get a better result in this one.

Coming into this meeting, Forest Green Rovers are without a win away from home in their last 12 league matches. What a terrible run of away results.

The previous league contest featuring the two was League One match day 14 on 08/10/2022 and the score finished Forest Green Rovers 1-0 Bolton Wanderers.

The Bolton Wanderers boss Ian Evatt has zero fitness worries at all before this clash thanks to a fully healthy squad available to select from.

Owing to a fully injury-free squad available for selection, the Forest Green Rovers boss Ian Burchnall has zero fitness worries to report before this clash.

One thing is for certain, Forest Green Rovers may well find it hard to find the back of the net against a Bolton Wanderers team who seem set to set up a big win.

We predict a 3-0 winning scoreline for Bolton Wanderers at full-time. 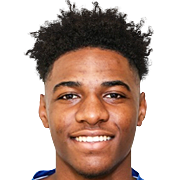 Usually taking to the field in the Left Wing position, Oladapo Afolayan was born in Harrow, England. After making a first senior appearance for Solihull Moors in the 2016 - 2017 season, the accomplished Forward has hit 3 league goals in the League One 2022 - 2023 season so far from a total of 22 appearances.

We have made these Bolton Wanderers v Forest Green Rovers predictions for this match preview with the best intentions, but no profits are guaranteed. Please always gamble responsibly, only with money that you can afford to lose. Good luck with your selections.