The Puskás Akadémia v Budafoki live stream video is ready for 05/05/2021. Football fans can watch the fixture on a live streaming service if this match is included in the schedule referenced above. Here we show useful information for watching this Nemzeti Bajnokság I game that includes the most recent guide to form, h2h meetings and our game views.

To watch this game via other methods, check broadcasters’ schedules in your local region. These broadcasting contracts are usually allocated on a per-competition/league or even single match level. For games shown live on regional television programmes, check the schedules on channels including BT Sport, Amazon Prime Video, Sky Sports, Now TV, iTV, Canal+, Fox Soccer, ESPN depending on where you are.

Where the abovementioned broadcaster does broadcast a Puskás Akadémia v Budafoki football live streaming coverage, you can watch it on a mobile (iPhone, Android including Huawei) and desktop or even tablet (eg iPad, Venturer).

After the match finishes, we may also link to match highlights from time to time. We are not responsible for the transmission of any game video content linked to from this site. All legal complaints must be dealt with via the hosters/owners of such content.

The Nemzeti Bajnokság I clash at Pancho Aréna on Sunday will see hosts Puskás Akadémia take on Budafoki.

All Puskás Akadémia v Budafoki game predictions, stats and user poll are shown below - plus the latest betting odds.

Puskás Akadémia will be hoping for a better result following the 4-2 Nemzeti Bajnokság I defeat last time out to Paksi SE.

Puskás Akadémia haven’t had any problems with scoring, netting in each and every one of their last 6 matches.

They’ve claimed a sum of 10 during that period while seeing the number of goals scored against them stand at 11.

Following on from being beaten in their last game against Budapest Honvéd FC in Nemzeti Bajnokság I competition, Budafoki and their travelling supporters will be hoping that they can get a better result in this one.

Mohamed Mezghrani (53') was the scorer for Budapest Honvéd FC.

The numbers tell their own story, and Budafoki have been scored against in 5 of their last 6 games, conceding 21 goals overall. In defence, Budafoki have clearly had some problems. Putting that to one side, time will tell if the trend will continue on in this game.

Heading into this fixture, Budafoki are without an away win for the past 4 matches in the league.

The last league fixture featuring these sides was Nemzeti Bajnokság I match day 22 on 21/02/2021 when it finished Budafoki 0-3 Puskás Akadémia.

Puskás Akadémia manager Zsolt Hornyák will be happy not to have any fitness worries at all before this clash with a fully injury-free squad to pick from.

In an otherwise full-strength group, there is just a single fitness issue for the Budafoki gaffer Bálint Pacsi to be concerned with. Dániel Zsóri (Cruciate Ligament Rupture) won’t be in action.

For this match, we think that Budafoki have enough to find the back of the net against this Puskás Akadémia lineup, but that realistically won’t be as many as they will have scored against them.

We’re tipping a narrow 2-1 winning margin for Puskás Akadémia at the end of the match. Could easily see this go either way. 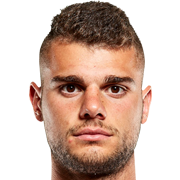 Regularly deployed in the Striker position, Antonio Mance was born in Rijeka, Croatia. After having made a senior debut playing for Istra 1961 in the 2013 - 2014 season, the gifted Forward has managed to score 7 league goals in this Nemzeti Bajnokság I 2020 - 2021 season to date in a total of 26 appearances.

We have made these Puskás Akadémia v Budafoki predictions for this match preview with the best intentions, but no profits are guaranteed. Please always gamble responsibly, only with money that you can afford to lose. Best of luck.

⚽️ Where can I find the tips for other Nemzeti Bajnokság I matches?

You can see all of our upcoming (and previous) Nemzeti Bajnokság I predictions & previews here.