This Juventus v Porto live stream video is scheduled to be broadcast on 05/03/2021. Soccer fans can watch the match on a live streaming service if this match is featured in the schedule mentioned above. Here we show useful info for watching this Champions League match including the most recent guide to form, head to head clashes and our match tips.

To watch the match via other sources, search for television listings in your local region. These broadcasting rights are typically allocated on a per-competition/league or even individual match arrangement basis. For matches shown live on regional tv programmes, check the listings on channels such as BT Sport, Amazon Prime Video, Sky Sports, Now TV, iTV, Canal+, Fox Soccer, ESPN depending on your location.

Post-game, we may also link to game highlights from time to time. We aren’t responsible for transmitting any game video content linked to from this site. All legal complaints must be dealt with via the hosters/owners of said content.

Porto will do battle on Tuesday as time edges closer to the looming Champions League meeting versus Juventus.

Our Juventus v Porto predictions, statistics and match poll can be seen below (plus the best game odds).

Juventus will be hoping for a repeat of their last result, following the 3-0 Serie A success against Spezia.

Their latest results shine a light on the fact that quality has been evident in the Juventus rearguard. Juve have been miserly, seeing the tally of goals that have flown into the back of their net over the course of their past six clashes standing at 4. While that may be of interest, time will tell whether the trend might be sustained in this upcoming game.

In that match, Porto had 55% possession and 14 shots on goal with 3 on target. Sporting CP had 4 shots at goal with 0 on target.

In the course of their 6 latest matches, Sérgio Conceição's Porto have found the net a total of 8 times - giving them a goals per game average of 1.33.

Out of a mainly healthy group of players, there is only the one fitness worry for the Porto manager Sérgio Conceição to contend with. Francisco Meixedo (Corona virus) won’t be playing here.

We believe that Juventus can get a couple of goals in this one against Porto, who may well find it hard getting on the scoresheet.

Our selection here is for a fairly comfortable 2-0 margin for Juventus when all’s said and done. 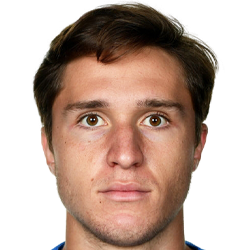 Usually playing in the Right Attacking Midfielder position, Federico Chiesa was born in Genoa, Italy. Having made his senior debut playing for Fiorentina in the 2016 - 2017 season, the gifted Midfielder has accumulated 7 league goals in this Serie A 2020 - 2021 season to date from a total of 22 appearances.

While we have made these predictions for Juventus v Porto for this match preview with the best of intentions, no profits are guaranteed. Always gamble responsibly, and with what you can afford to lose. We wish you the best of luck.

⚽️ Where can I see the predictions for other Champions League matches?

View all of our next (and previous) Champions League predictions & previews here.