Return to this page a few days before the scheduled game when this expired prediction will be updated with our full preview and tips for the next match between these teams.
Full-Time Result Prediction for Lincoln City vs Blackpool
Lincoln City to Win
Lincoln City face off with away team Blackpool at Sincil Bank in the League One tie on Saturday.

We believe that Blackpool will have to work hard as a team to get anything against this Lincoln City lineup who we reckon should score one, at least. We’re therefore expecting a narrow 1-0 win for Lincoln City at the end of the match. Let’s see what happens. Our full set of predictions, statistics and match poll for Lincoln City v Blackpool can be seen below (inc. the best betting odds).

Ahead of this clash, Lincoln City have not emerged victorious against Blackpool in their last 3 matches in the league. 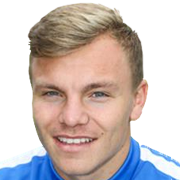 Mostly played in the Right Attacking Midfielder position, Harry Anderson was born in England. Having played his first senior match for Peterborough United in the 2014 - 2015 season, the skilful Midfielder has accumulated 3 league goals in this League One 2019 - 2020 season so far coming from a total of 20 appearances.

While we have made these predictions for Lincoln City v Blackpool for this match preview with the best of intentions, no profits are guaranteed. Always gamble responsibly, and with what you can afford to lose. Best of luck with your selections.