Return to this page a few days before the scheduled game when this expired prediction will be updated with our full preview and tips for the next match between these teams.
Full-Time Result Prediction for Linfield vs Dungannon Swifts
Linfield to Win
The Premiership tie at Windsor Park on Saturday sees home side Linfield playing Dungannon Swifts.

When taking all factors into account, Linfield have it within them to stay in control for long periods of time and should be able to convert a few of the chances that they create. In contrast, Dungannon Swifts could well struggle finding the net themselves - but, we do see them seeing enough of the ball to score, too. We can therefore see a 3-1 victory for Linfield after 90 minutes. Full predictions, stats & game poll for the Linfield v Dungannon Swifts match are shown here (including the best match odds). 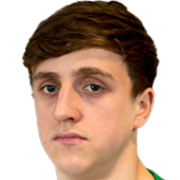 Generally used in the Left Attacking Midfielder position, Joel Cooper was born in N. Ireland. Having made his senior debut playing for Glenavon in the 2015 - 2016 season, the goalscoring Midfielder has netted 9 league goals in this Premiership 2019 - 2020 season so far coming from a total of 20 appearances.

While we have made these predictions for Linfield v Dungannon Swifts for this match preview with the best of intentions, no profits are guaranteed. Always gamble responsibly, and with what you can afford to lose.