Return to this page a few days before the scheduled game when this expired prediction will be updated with our full preview and tips for the next match between these teams.
Full-Time Result Prediction
👉
Machida Zelvia to Win

View all of the Machida Zelvia v Ōmiya Ardija predictions, poll and stats below - as well as the best betting odds.

Machida Zelvia will be looking for another win after the 3-5 J2 League triumph against Montedio Yamagata.

In their prior six games, Ranko Popović's Machida Zelvia have netted a combined total of 9 times, with that being an average number of goals scored per match of 1.5.

Their prior results show that Machida Zelvia:

Following on from being beaten in their last game against Mito Hollyhock in J2 League competition, Ōmiya Ardija will be hoping to turn things around here.

Their prior results show that Ōmiya Ardija:

Looking over their past head to head meetings stretching back to 15/09/2018 shows us that Machida Zelvia have won 1 of them & Ōmiya Ardija 2, with the tally of drawn games being 3.

Also, the lack of goals in those games was pretty extraordinary, with a tally of 5 scored between them in total.

The match was refereed by Yosuke Kubota.

The Machida Zelvia boss Ranko Popović doesn’t have any fitness worries to speak of ahead of this game thanks to a completely injury-free squad available to select from.

Due to a fully healthy squad to pick from, the Ōmiya Ardija boss Masahiro Shimoda has no fitness concerns to speak of before this match.

We’re inclined to think that Ōmiya Ardija will have to play well to hit the back of the net against this Machida Zelvia outfit who we think might well score one, at least.

Our tip is therefore for a very competitive encounter with a 1-0 winning score for Machida Zelvia when all is said and done. 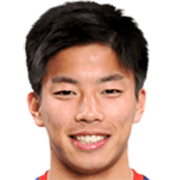 Generally played in the Central Attacking Midfielder position, Kaina Yoshio was born in Japan. After having made a senior debut playing for Yokohama F. Marinos in the 2018 season, the gifted Midfielder has managed to score 10 league goals in the J2 League 2021 season to date in a total of 37 appearances.

We have made these Machida Zelvia v Ōmiya Ardija predictions for this match preview with the best intentions, but no profits are guaranteed. Please always gamble responsibly, only with money that you can afford to lose. Best of luck.