Return to this page a few days before the scheduled game when this expired prediction will be updated with our full preview and tips for the next match between these teams.
Full-Time Result Prediction
👉
Ōmiya Ardija to Win

Ōmiya Ardija come up against away team Mito Hollyhock at NACK5 Stadium Ōmiya in the J2 League fixture on Sunday.

Scroll down for all of our predictions, poll and stats for the Ōmiya Ardija v Mito Hollyhock game (plus the best game odds).

Ōmiya Ardija will play in this match following on from a 2-2 J2 League drawn game against Montedio Yamagata.

For Ōmiya Ardija, the scorers were Atsushi Kawata (7') and Seiya Nakano (34'). Yuta Kumamoto (27') and Ryonosuke Kabayama (86') scored for Montedio Yamagata.

Three or more goals per game were recorded in 5 of the past 6 fixtures where Ōmiya Ardija have played. Opposition teams scored 10 of them in this period whereas Ōmiya Ardija managed to get a total of 8. Despite that, we’ll just have to find out whether such a trend shall persist in this match or not.

Analysis of their past results shows that Ōmiya Ardija:

Following on from a losing effort in their last game against Júbilo Iwata in J2 League action, Mito Hollyhock will be hoping to turn things around here.

Their prior results show that Mito Hollyhock:

Checking on their past head to head meetings going back to 06/10/2018 tells us that these fixtures have not been fruitful for Mito Hollyhock. They’ve not been able to come away with any victories whatsoever while Ōmiya Ardija have just been stronger than them, beating them in 83 per cent of those games where they have faced each other.

A combined total of 19 goals were scored between them throughout the course of those matches, with 12 for Omiya and 7 belonging to HollyHock. The average number of goals per game works out to 3.17.

The last league clash featuring these clubs was J2 League match day 1 on 28/02/2021 when the final score was Mito Hollyhock 1-2 Ōmiya Ardija.

The Ōmiya Ardija boss Masahiro Shimoda will be grateful to have no fitness concerns to speak of coming into this match owing to a completely injury-free squad available for selection.

Thanks to a completely injury-free squad ready to go, the Mito Hollyhock manager Tadahiro Akiba doesn’t have any fitness worries to speak of ahead of this match.

We’re of the view that Mito Hollyhock should get enough chances to breach the defence of this Ōmiya Ardija team, but it may not be as many as they’ll concede.

We are anticipating both teams to score in a 2-1 victory for Ōmiya Ardija after 90 minutes. It will be interesting to see how this one goes. 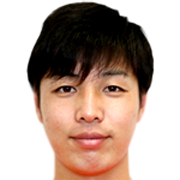 Normally deployed in the Striker position, Atsushi Kawata was born in Osaka, Japan. After having played his first senior match for Albirex Niigata in the 2017 season, the skilful Forward has netted 6 league goals in the J2 League 2021 campaign to date in 16 appearances.

While we have made these predictions for Ōmiya Ardija v Mito Hollyhock for this match preview with the best of intentions, no profits are guaranteed. Always gamble responsibly, and with what you can afford to lose. Best of luck with your selections.