The Venezia v Pordenone live stream video is ready for broadcast on 05/05/2021. Supporters of the teams can watch the clash on a live streaming service if this match is featured in the schedule provided above. Here we arm you with useful info for watching this Serie B match including the most recent team form, head to head clashes and our game views.

To watch the match using alternative methods, check television listings for your country. Such broadcasting contracts are often granted on a per-competition/league or even individual game basis. For games shown live on regional tv programmes, check the schedules on channels such as BT Sport, Amazon Prime Video, Sky Sports, Now TV, iTV, Canal+, Fox Soccer, ESPN relevant to where you are.

Post-game, we may also link to game highlights from time to time. We are not responsible for transmitting any game video content linked to from this site. All legal complaints must be directed to the hosters/owners of this content.

Our predictions, user poll and statistics for Venezia v Pordenone can be found here (including the best match odds).

Venezia prepare for this match after a 2-2 Serie B drawn result versus Pisa.

In that match, Venezia had 57% possession and 16 attempts on goal with 5 on target. For Venezia, goals were scored by Youssef Maleh (77') and Francesco Forte (90'). For their opponents, Pisa had 21 attempts at goal with 7 on target. Michele Marconi (37') and Davide Marsura (42') scored for Pisa.

It’s not been often in recent games that Venezia have managed to hold out for a full 90 minutes. The facts show that Arancioneroverdi have been scored against in 5 of their previous 6 clashes, letting in 8 goals during that time. Historical results aside, we will just have to wait and see if such a trend might be maintained in this next game.

Going into this encounter, Venezia are undefeated in their previous 2 home league matches.

Since suffering a loss in their previous game against Salernitana in Serie B action, Pordenone and their travelling fans will hope for a better result here.

Maurizio Domizzi's Pordenone have seen their efforts on goal rewarded a total of 9 times throughout their latest six matches. The number of goals that have been scored against them during those matches equals 7.

Ahead of this meeting, Pordenone have not won away from home in their last 7 league matches.

The previous league game between these clubs was Serie B match day 18 on 16/01/2021 and the score finished Pordenone 2-0 Venezia.

That day, Pordenone had 34% possession and 11 attempts on goal with 3 of them on target. The scorers were Davide Diaw (34') and Patrick Ciurria (76').

At the other end, Venezia had 17 attempts at goal with 5 on target.

In our opinion, Pordenone have the firepower to find the back of the net against this Venezia side, although it is unlikely to be as many as they’ll concede.

We’re going for both teams to score in a 2-1 winning margin for Venezia at full-time. We’ll have to see what happens. 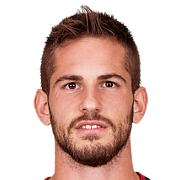 Usually taking up the Striker position, Mattia Aramu was born in Ciriè, Italy. After having played his first senior match for Trapani in the 2014 - 2015 season, the goalscoring Forward has managed 9 league goals in this Serie B 2020 - 2021 season to date coming from a total of 32 appearances.

While we have made these predictions for Venezia v Pordenone for this match preview with the best of intentions, no profits are guaranteed. Always gamble responsibly, and with what you can afford to lose. Best of luck.

⚽️ Where can I see the previews for other Serie B games?

Look at all of the upcoming (and previous) Serie B predictions & previews here.