Red Bull Salzburg will do battle with the visiting Rapid Vienna at Red Bull Arena in the Bundesliga match on Sunday.

For all of our match predictions, pre-game poll and statistics for Red Bull Salzburg v Rapid Vienna, scroll down (including the best match odds).

Red Bull Salzburg head into this game coming off the back of a 1-1 Champions League stalemate versus Chelsea.

Red Bull Salzburg haven’t been able to stop scoring goals, hitting the target in each and every one of their last 6 games.

They have claimed a sum of 16 during that period while also conceding a total of 2. Even so, we must now wait to see if the trend might be maintained in this match or not.

Since suffering a loss in their previous game against Wolfsberger AC in Bundesliga action, Rapid Vienna will be aiming to make amends here.

In the course of their 6 most recent matches, Ferdinand Feldhofer's Rapid Vienna have seen their efforts on goal rewarded 6 times thus earning them a goals per game average of 1.

Going into this one, Rapid Vienna haven't beaten Red Bull Salzburg when having played them away from home in the previous 12 matches in the league. A really bad run.

A review of past results between these clubs stretching back to 11/04/2021 reveals that these encounters have been miserable for Rapid Vienna. They have not managed to register any wins whatsoever whereas Red Bull Salzburg have just been stronger than them, running out winners in 100% of those matches played.

A combined total of 14 goals were yielded between them in this period, with 12 for Die Bullen and 2 created by Die Grün-Weißen. That is an average goals per game value of 2.33.

That day, Rapid Vienna managed 39% possession and 15 attempts at goal with 4 of them on target.

On the other side, Red Bull Salzburg had 14 shots on goal with 4 on target. Luka Sučić (10') scored.

The referee was Stefan Ebner.

We’re of the view that Red Bull Salzburg should be able to create a good number of chances & successful shots on target.

Conversely, Rapid Vienna are also probably going to find it difficult to score a goal of their own although we do think it’s probable that they will be getting the chances to score, too. 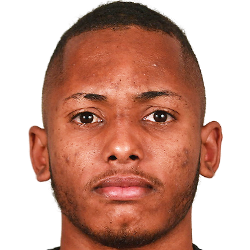 Usually deployed in the Striker position, Fernando was born in Belo Horizonte, Brazil. After making a first senior appearance for Palmeiras in the 2017 season, the talented Forward has bagged 4 league goals in this Bundesliga 2022 - 2023 campaign to date coming from a total of 8 appearances.

We have made these Red Bull Salzburg v Rapid Vienna predictions for this match preview with the best intentions, but no profits are guaranteed. Please always gamble responsibly, only with money that you can afford to lose. Good luck if you do place a bet today.