Tuesday’s DFB-Pokal fixture list will see Cologne battling it out with Hamburg.

Our Cologne v Hamburg predictions, statistics and match poll can be seen below (inc. the best betting odds).

Cologne will be wanting a better result here following a 0-4 Bundesliga 1 defeat last time out to Bayern Munich.

It has been all too rare in recent games where Cologne haven’t conceded. In fact, Cologne have been scored against in 5 of their previous 6 games, letting in 10 goals in the process.

In their previous fixture, Hamburg drew 1-1 in the Bundesliga 2 match with Dynamo Dresden.

In that match, Hamburg managed 60% possession and 9 shots at goal with 4 of them on target. The only player to score for Hamburg was Robert Glatzel (37'). At the other end, Dynamo Dresden had 18 attempts on goal with 7 on target. Christoph Daferner (61') scored for Dynamo Dresden.

A run of hard-working performances by the Hamburg defenders has resulted in the number of goals they’ve conceded amounting to 4 from their previous 6 fixtures overall. Over that same period, the number of goals that they have scored themselves is 12. Such a pattern might not be continued into this game, though.

A review of their most recent head to head meetings going back to 07/02/2017 shows us that Cologne have won 1 of these and Hamburg 4, with the number of drawn matches standing at 1.

A combined sum of 14 goals were scored between the two sides in these games, with 5 from Köln and 9 being from Hamburg. That is an average goals per game value of 2.33.

The last league fixture featuring these clubs was Bundesliga 2 match day 29 on 15/04/2019 and the score finished Cologne 1-1 Hamburg.

The Cologne boss Steffen Baumgart doesn’t have any fitness worries to speak of ahead of this match thanks to a completely healthy group available to choose from.

We feel that in this game, Cologne will, in all likelihood, be able to create a high number of chances and successful shots on target.

Conversely, Hamburg are also probably going to find it difficult to score but we can see them scoring here.

We therefore think that it’s going to be a fairly comfortable 3-1 margin for Cologne at the end of this one. 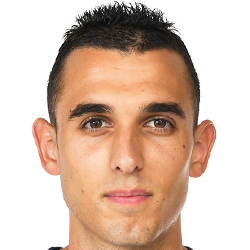 Mostly taking up the Centre Midfield position, Ellyes Skhiri was born in Lunel, France. After making a first senior appearance for Montpellier in the 2014 - 2015 season, the goalscoring Midfielder has bagged 3 league goals in the Bundesliga 2021 - 2022 season to date in a total of 10 appearances.

We have made these Cologne v Hamburg predictions for this match preview with the best intentions, but no profits are guaranteed. Please always gamble responsibly, only with money that you can afford to lose. Good luck with your selections.