This LASK Linz v Antwerp live stream video is ready for 24/11/2020 . Fans of both clubs can watch this match on a live streaming service if this match is included in the schedule provided above. Here we provide helpful information for watching this Europa League game that includes the most recent guide to form, h2h clashes and our match views.

In order to watch this match using other methods, search for broadcasters’ listings for your place of residence. These broadcasting contracts are typically granted on a per-competition/league or even indivdual fixture level. For fixures shown live on regional tv programmes, check the listings on channels such as BT Sport, Amazon Prime Video, Sky Sports, Now TV, iTV, Canal+, Fox Soccer, ESPN relevant to where you are.

When the abovementioned broadcaster does broadcast a LASK Linz v Antwerp football live streaming service, you’ll be able to view it on a mobile (iPhone, Android including Infinix) and PC plus tablet (eg iPad, Samsung Galaxy Tab).

After the match finishes, we might also provide a link to game highlights from time to time. We are not responsible for transmitting any match video content linked to from this site. All legal complaints must be directed to the hosters/owners of this content.

For all of our match predictions, pre-game poll and statistics for LASK Linz v Antwerp, scroll down (inc. the best betting odds).

LASK Linz will play in this fixture following on from a 1-1 Bundesliga stalemate versus TSV Hartberg.

The only player to score from LASK Linz was Petar Filipović (22'). Felix Luckeneder (53') was the scorer for TSV Hartberg.

LASK Linz have been on a persistent run of goalscoring form, hitting the target in each and every one of their last 6 matches.

They have managed to rack up 16 during that time and have conceded a total of 4. Let’s find out whether or not that trend will end up being sustained in this game.

In their previous fixture, Antwerp drew 1-1 in the First Division A tie with Oostende.

The only player to score from Antwerp was Lior Refaelov (81'). Anton Tanghe (80') scored for Oostende.

The stats don’t lie, and Antwerp have been scored against in 5 of their last 6 matches, with opponents netting 6 goals overall. At the back, The Great Old have some weaknesses to address.

The previous league fixture between the two was Europa League match day 3 on 05/11/2020 which finished with the scoreline of Antwerp 0-1 LASK Linz.

On that day, Antwerp managed 58% possession and 8 shots at goal with 2 of them on target.

On the other side, LASK Linz had 14 attempts on goal with 2 on target. Johannes Eggestein (54') was the scorer.

The referee was Yevhen Aranovskiy.

LASK Linz manager Dominik Thalhammer does not have any fitness worries to speak of coming into this clash owing to a fully healthy squad to choose from.

Antwerp manager Ivan Leko has multiple availability issues to deal with. Matheus (Calf Injury) and Sander Coopman (Cruciate Ligament Rupture) will miss out on this game.

We’re of the view that LASK Linz should really create the chances to score more than once against Antwerp, who won’t find it easy scoring.

We’re tipping a decent 2-0 win for LASK Linz after 90 minutes. 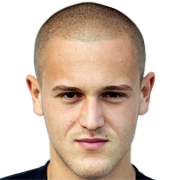 Mostly played in the Central Defensive Midfielder position, Lukas Grgić was born in Austria. Having made a first senior appearance for LASK Linz in the 2014 - 2015 season, the gifted Midfielder has got 2 league goals in the Bundesliga 2020 - 2021 season so far coming from a total of 6 appearances.

While we have made these predictions for LASK Linz v Antwerp for this match preview with the best of intentions, no profits are guaranteed. Always gamble responsibly, and with what you can afford to lose.

⚽️ Where can I get the odds for other Europa League games?