Their next big Champions League match will see Atlético Madrid up against Chelsea on Tuesday.

Atlético Madrid will be hoping to bounce back here following a 0-2 La Liga loss in their previous game against Levante.

In that game, Atlético Madrid managed 55% possession and 28 shots on goal with 11 on target. At the other end, Levante UD had 6 attempts on goal with 2 of them on target. José Luis Morales (30') and De Frutos (90') scored for Levante.

It has been seldom in recent games that Atlético Madrid haven’t conceded. It will be a concern for them that Atleti have failed to prevent opponents from scoring in 6 of their previous 6 clashes, leaking 9 goals during that time. While that may be of interest, we’ll just have to find out whether the trend might be maintained here in this game.

Previously, Chelsea drew 1-1 in the Premier League tie with Southampton.

In 5 of the previous 6 clashes featuring Chelsea, a notably low volume of goals have been struck between them and opposing teams. The overall average goals scored per game during that spell comes out as a mere 1.83, with the number of goals averaged by The Blues standing at 1.5.

A glance at their past head-to-head clashes going back to 21/10/2009 tells us that Atlético Madrid have won 1 of these & Chelsea 2, with the tally of drawn matches being 3.

A combined total of 17 goals were produced between them throughout the course of those matches, with 7 from Atleti and 10 being from The Blues. The average number of goals per game works out to 2.83.

The last league game between these clubs was Champions League match day 6 on 05/12/2017 which finished with the scoreline of Chelsea 1-1 Atlético Madrid.

That day, Chelsea had 49% possession and 17 attempts at goal with 7 on target.

Chelsea boss Thomas Tuchel has to choose a team with limited availability. Thiago Silva (Thigh Problems) and Charly Musonda Jr. (Knee Surgery) are those who can’t be considered.

It seems to us that Chelsea and Atlético Madrid may well end up cancelling each other out here.

It appears that a draw might be on the cards. We therefore see a tight encounter, finishing with a 1-1 score draw when the referee blows the full-time whistle. 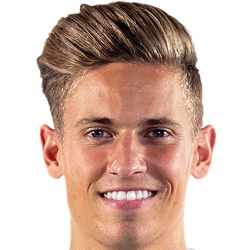 Generally playing in the Central Defensive Midfielder position, Marcos Llorente was born in Madrid, Spain. After making a first senior appearance for Real Madrid B in the 2012 - 2013 season, the talented Midfielder has contributed 8 league goals in the LaLiga 2020 - 2021 season to date in a total of 22 appearances.

We have made these Atlético Madrid v Chelsea predictions for this match preview with the best intentions, but no profits are guaranteed. Please always gamble responsibly, only with money that you can afford to lose. Good luck!