Lübeck will be at Stadion an der Grünwalder Straße on Saturday for the 3rd Liga showdown with home side Bayern Munich II.

All Bayern Munich II v Lübeck game predictions, stats and user poll are shown below - as well as up-to-date odds.

Bayern Munich II will be hoping to bounce back here following a 2-1 3rd Liga loss in their previous game against Meppen.

The only player to score from Bayern Munich II was Jann-Fiete Arp (58'). Steffen Puttkammer (45', 72') was the scorer for Meppen.

It’s not been often in recent times that Bayern Munich II have kept a clean sheet. In fact, Bayern II have been scored against in 5 of their previous 6 games, shipping 9 goals on the way.

Heading into this fixture, Bayern Munich II have not won at home in their last 2 league matches.

In their previous fixture, Lübeck drew 2-2 in the 3rd Liga tie with Verl.

Rolf Landerl's Lübeck have seen their efforts on goal rewarded a total of 6 times throughout their most recent 6 matches. The total of goals that they have conceded during those matches adds up to 7.

Going into this contest, Lübeck are without a win away from home in their last 9 league matches. Who knows how long it might last, too.

The last league encounter featuring the two was 3rd Liga match day 11 on 22/11/2020 when the final score was Lübeck 3-0 Bayern Munich II.

The match was refereed by Tobias Frisch.

Lübeck boss Rolf Landerl has to choose from a squad that has some fitness concerns. Osarenren Okungbowa (Ankle Injury), Dren Feka (Muscular problems) and Morten Rüdiger (Cruciate Ligament Rupture) are not ready for selection.

We’re inclined to think that Lübeck are capable enough to put one past this Bayern Munich II team, however it probably won’t quite be as many as the goals that they could concede.

We think that it’s going to be a very close game with a 2-1 advantage for Bayern Munich II at the end of the 90 minutes. There shouldn’t be much in it, either way. 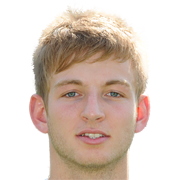 Generally played in the Centre Midfield position, Timo Kern was born in Hockenheim, Germany. Having made a first senior appearance for Karlsruhe in the 2010 - 2011 season, the dangerous Midfielder has got 8 league goals in this 3. Liga 2020 - 2021 campaign to date in a total of 22 appearances.

While we have made these predictions for Bayern Munich II v Lübeck for this match preview with the best of intentions, no profits are guaranteed. Always gamble responsibly, and with what you can afford to lose. Best of luck.