The wait is almost over for the Champions League action on Wednesday when Club Brugge play PSG.

All of our predictions, stats and the user poll for Club Brugge v Paris Saint-Germain are shown below including the latest game odds.

Club Brugge will want to continue from where they left off last time out with the 3-0 First Division A triumph versus Oostende.

Matches involving Club Brugge have tended to be engaging affairs recently with high scoring anticipated. Over their past 6 games, the sum total of 22 goals have been scored for both teams combined (at an average of 3.67 goals per game) with 13 of those coming from Club Brugge.

PSG will come into the match following on from a 4-0 Ligue 1 win as they beat Clermont Foot in their last fixture.

The attacking players from Paris Saint-Germain have managed to bag an absolute glut of goals over their last six clashes (18 to be exact). That works out as an enviable average of 3 goals scored per match over this period of time. We shall soon find out whether or not that trend will be sustained into this next match.

The last league meeting featuring these sides was Champions League match day 4 on 06/11/2019 when it finished Paris Saint-Germain 1-0 Club Brugge.

In that match, Paris Saint-Germain had 64% possession and 10 shots at goal with 2 of them on target. The scorer was Mauro Icardi (22').

Club Brugge got 15 attempts at goal with 3 on target.

Looking at personnel, there is just one fitness concern for the Club Brugge manager Philippe Clement to contend with thanks to an otherwise robust group of players. José Izquierdo (Unknown Injury) misses out.

We feel that in this game, Club Brugge should get enough chances to put a goal past this Paris Saint-Germain team, however a single goal likely won’t be good enough.

We’re therefore tipping a narrow 1-2 win for Paris Saint-Germain when all is said and done. Could easily go either way, this. 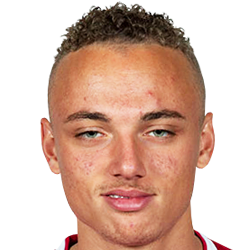 Mostly used in the Left Wing position, Noa Lang was born in Capelle aan de IJssel, Netherlands. Having played his first senior match for Jong Ajax in the 2016 - 2017 season, the goalscoring Forward has scored 3 league goals in the First Division A 2021 - 2022 campaign to date coming from a total of 7 appearances.

While we have made these predictions for Club Brugge v Paris Saint-Germain for this match preview with the best of intentions, no profits are guaranteed. Always gamble responsibly, and with what you can afford to lose. Good luck!