To see all of our predictions, user poll & stats for Defensa y Justicia v Delfín SC, scroll down including the latest game odds.

Defensa y Justicia will be looking to improve on their last outing here after a 2-1 Copa Libertadores defeat in their last game at the hands of Olimpia.

Defensa y Justicia haven’t had any problems with scoring, netting every time they’ve gone out to play in their last 6 games.

They’ve hit an aggregate of 10 during that period while seeing the number of goals scored against them stand at 6.

After being defeated in their last game at the hands of Santos in Copa Libertadores competition, Delfín SC will be hoping to turn things around here.

Delfín SC have seen their goal attempts be successful a total of 6 times in the course of their previous 6 matches. The aggregate of goals that have been scored against them during that period adds up to 6.

Defensa y Justicia boss Hernan Crespo has zero fitness worries to speak of coming into this clash thanks to a completely injury-free squad to choose from.

Owing to a fully healthy group to pick from, Delfín SC manager has no fitness worries to speak of ahead of this clash.

We envisage that Defensa y Justicia will, in all likelihood, dominate on the ball and be rewarded with decent chances.

At the other end, Delfín SC won’t find it easy to find the back of the net but we do fancy them pulling one back during this clash. 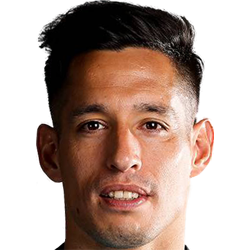 Regularly taking up the Striker position, Fernando Márquez was born in Santa Fe, Argentina. After making a first senior appearance for Belgrano in the 2012 - 2013 season, the accomplished Forward has managed 4 league goals in this Superliga 2019 - 2020 campaign so far in 12 appearances.

We have made these Defensa y Justicia v Delfín SC predictions for this match preview with the best intentions, but no profits are guaranteed. Please always gamble responsibly, only with money that you can afford to lose. Best of luck.