Return to this page a few days before the scheduled game when this expired prediction will be updated with our full preview and tips for the next match between these teams.
Full-Time Result Prediction for Everton vs Crystal Palace
Everton to Win
Everton face off with visiting side Crystal Palace at Goodison Park in this Premier League fixture on Saturday.

We’re thinking that Everton can and should convert a lot of goal-scoring opportunities. At the other end, Crystal Palace may well struggle to make a breakthrough although we do see them scoring. Therefore, we are anticipating a comfortable 3-1 margin for Everton when all’s said and done. View all Everton v Crystal Palace tips, stats and our pre-match poll below (including the best match odds).

Both Teams to Score Prediction for Everton vs Crystal Palace
Yes 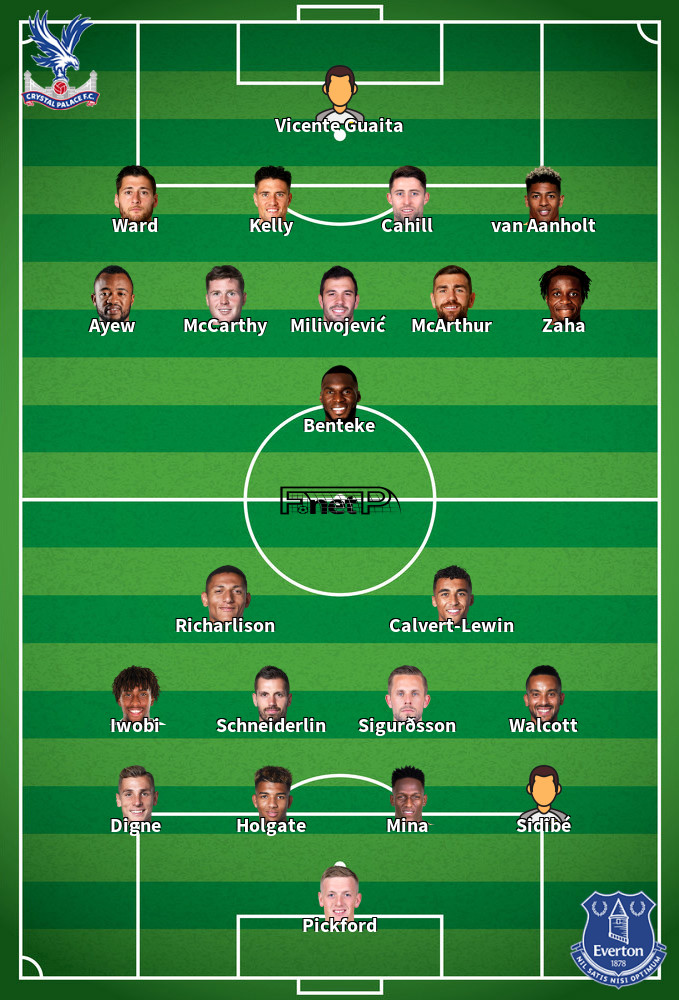 Over/Under 2.5 Goals Prediction for Everton vs Crystal Palace
Over 2.5

Taking a look at their past results, Everton:

Typically playing in the Striker position, Dominic Calvert-Lewin was born in Sheffield, England. Having played his first senior match for Sheffield United in the 2014 - 2015 season, the skilful Forward has accumulated 10 league goals in this Premier League 2019 - 2020 campaign so far in a total of 23 appearances.

While we have made these predictions for Everton v Crystal Palace for this match preview with the best of intentions, no profits are guaranteed. Always gamble responsibly, and with what you can afford to lose. We wish you the best of luck.