Scroll down to see all of the predictions, poll and statistics for Manchester United v LASK Linz (inc. the best betting odds).

Manchester United have been on a persistent run of goalscoring form, finding the back of the net in each and every one of their last 6 matches.

They’ve hit an aggregate of 11 during that period while also conceding a total of 6. Nevertheless, we’ll just have to find out if the trend shall continue on here in this match.

Following on from suffering a loss in their previous game against Red Bull Salzburg in Bundesliga action, LASK Linz and their fans will hope to get a better result this time.

Indicating their partiality to eventful encounters, we’ve had goals 20 times in the previous six matches in which LASK Linz have taken to the field, making it an average of 3.33 goals each fixture. Their opponents have managed 8 from this total.

Almost everyone can be considered, as there’s just the sole fitness concern for the Manchester United boss Ole Solskjær to be concerned about due to a largely intact set of players. Axel Tuanzebe (Unknown Injury) is sidelined.

Due to a completely injury-free squad available for selection, LASK Linz boss Valérien Ismaël has zero fitness worries to report coming into this game.

LASK Linz are dangerous enough to break down this Manchester United lineup, however that probably shouldn’t prevent them from conceding a couple at the other end.

We’re predicting both teams to score in a 2-1 winning score for Manchester United at the end of this one. It really should be an interesting one. 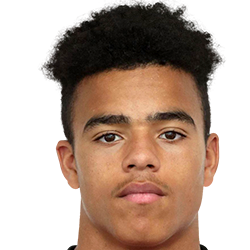 Normally played in the Striker position, Mason Greenwood was born in England. Having made his senior debut playing for Manchester United in the 2018 - 2019 season, the accomplished Forward has scored 10 league goals in this Premier League 2019 - 2020 campaign so far coming from a total of 31 appearances.

We have made these Manchester United v LASK Linz predictions for this match preview with the best intentions, but no profits are guaranteed. Please always gamble responsibly, only with money that you can afford to lose. We wish you the best of luck.