Pisa will be hosting away team Lecce at Arena Garibaldi-Romeo Anconetani in this Serie B game on Monday.

Our Pisa v Lecce tips, poll and stats can be seen in full below (plus the best game odds).

Pisa will be hoping to bounce back here after the 3-1 Serie B defeat in their last game at the hands of Pescara.

Over their preceding 6 games, Luca D'Angelo's Pisa have netted 8 times, an average number of goals scored per match of 1.33.

Their previous form shows that Pisa:

Lecce head into the match after a 2-0 Serie B win vs Salernitana in their last fixture.

In that game, Lecce managed 67% possession and 15 shots on goal with 7 on target. For Lecce, the goals were scored by Stefano Pettinari (44') and Christian Maggio (72'). For their opponents, Salernitana got 7 attempts on goal with 0 of them on target.

A run of resolute performances by the Lecce defensive players has resulted in the number of goals they’ve conceded standing at 4 from their last 6 clashes overall. During the same time, their own forwards have managed to score 16. Previous results aside, we will just have to wait and see if the trend will persist in this upcoming game.

Coming into this contest, Lecce are unbeaten in their last 8 league matches away from home. What a good run they have put together.

In that game, Lecce managed 64% possession and 17 shots on goal with 3 of them on target.

Regarding absentees, there’s just one fitness concern for the Pisa boss Luca D'Angelo to be concerned with thanks to an otherwise robust squad. Gaetano Masucci (Knee Surgery) won’t play.

In our opinion, Lecce and Pisa should play out a closely-fought contest here.

Let’s see how this one goes, but it looks this could be a draw. Our tip is therefore for a tight encounter, finishing with a 1-1 score at full-time. 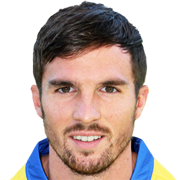 Normally played in the Central Defensive Midfielder position, Robert Gucher was born in Austria. After having played his first senior match for Frosinone in the 2008 - 2009 season, the goalscoring Midfielder has hit 5 league goals in the Serie B 2020 - 2021 campaign to date from a total of 30 appearances.

We have made these Pisa v Lecce predictions for this match preview with the best intentions, but no profits are guaranteed. Please always gamble responsibly, only with money that you can afford to lose. We wish you the best of luck.