Weymouth will be looking for another win after a 3-4 National League triumph against Solihull Moors.

It’s been seldom in recent games that Weymouth have managed to hold out for a full 90 minutes. In fact, Weymouth have seen their defence breached in 6 of their previous 6 games, leaking 14 goals along the way.

Notts County will go into this game after a 3-2 National League win to beat Aldershot Town in their previous match.

In their last six outings, Notts County have helped themselves to a tally of 15 goals. Notts County have also not failed to score in every single one of those games. In that time, they have had 10 goals go against them. Such a trend might not be carried forward into this next game, of course.

Heading into this fixture, Notts County are unbeaten in their last 2 away league matches.

The previous league game featuring the two was National League match day 45 on 22/05/2021 when it ended Notts County 3-0 Weymouth.

The match was refereed by Scott Simpson.

The Weymouth boss Brian Stock has no fitness concerns whatsoever ahead of this game thanks to a fully injury-free squad available to choose from.

Thanks to a completely injury-free squad ready to go, the Notts County boss Ian Burchnall does not have any fitness worries to report before this game.

We’re thinking that Notts County have the ability to be able to create a good number of chances & successful shots on target.

At the same time, Weymouth might well find it a difficult task to get goals of their own- but, we do see them seeing enough of the ball to score, too.

Our tip is for a pretty comfortable 1-3 margin for Notts County at the end of the 90 minutes. 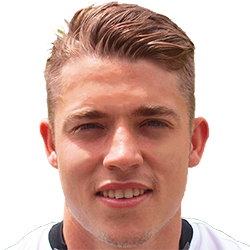 Mostly played in the Striker position, Bradley Ash was born in Slough, England. After making a first senior appearance for Weymouth in the 2021 - 2022 season, the skilful Forward has struck 2 league goals in the National League 2021 - 2022 campaign so far in a total of 4 appearances.

While we have made these predictions for Weymouth v Notts County for this match preview with the best of intentions, no profits are guaranteed. Always gamble responsibly, and with what you can afford to lose. We wish you the best of luck.