Parma will do battle with visiting side Perugia at Stadio Ennio Tardini in this Serie B clash on Saturday.

Our Parma v Perugia tips, poll and stats can be seen in full below including the latest game odds.

Parma, following on from their previous result, will be hoping for more of the same after the 1-0 Serie B success over Perugia.

It’s been seldom in recent games where Parma have managed to hold out for a full 90 minutes. The facts show that Parma have failed to prevent opponents from scoring in 5 of their previous 6 clashes, shipping 10 goals in the process. That being said, we must now wait to see if the trend shall be sustained here in this game.

In the course of their 6 most recent matches, Fabrizio Castori's Perugia have slotted home a total of 9 times therefore yielding them the goals per game average of 1.5.

Their past results show that Perugia:

Looking over their past head to head clashes dating back to 01/02/2004 shows us that Parma have won 0 of these games and Perugia 2, with the tally of drawn matches being 4.

A sum of 14 goals were yielded between them throughout the course of those matches, with 5 from I Crociati and 9 belonging to Perugia. This gives an average number of goals per game equal to 2.33.

The previous league encounter between these clubs was Serie B match day 2 on 20/08/2022 when it finished Perugia 0-0 Parma.

On that day, Perugia had 38% possession and 8 attempts at goal with 2 on target.

On the other side, Parma had 19 shots on goal with 4 of them on target.

We feel that Perugia are likely to break down this Parma lineup, although it is unlikely to be enough to avoid a loss.

We’re tipping a narrow 2-1 victory for Parma after the 90. It will be interesting to see how this one goes. 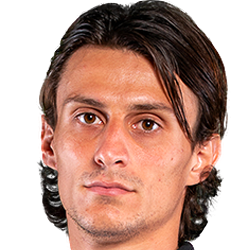 Generally playing in the Striker position, Roberto Inglese was born in Lucera, Italy. Having played his first senior match for Pescara in the 2010 - 2011 season, the talented Forward has netted 4 league goals in the Serie B 2022 - 2023 campaign to date in a total of 15 appearances.

While we have made these predictions for Parma v Perugia for this match preview with the best of intentions, no profits are guaranteed. Always gamble responsibly, and with what you can afford to lose. We wish you the best of luck.