Return to this page a few days before the scheduled game when this expired prediction will be updated with our full preview and tips for the next match between these teams.
Full-Time Result Prediction for Partick Thistle vs Dundee United
Dundee United to Win
The Championship clash at The Energy Check Stadium at Firhill on Saturday will see home side Partick Thistle fighting it out with opponents Dundee United.

Our feeling is that Partick Thistle could well find it tough to be putting a goal past this Dundee United side who we think should get a goal themselves and run out victorious. We’re going for a very competitive encounter with a 0-1 win for Dundee United at the end of this game. Let’s see how it plays out. For all of our match predictions, pre-game poll and statistics for Partick Thistle v Dundee United, scroll down - plus the latest betting odds.

Ahead of this meeting, Partick Thistle have left without a victory over Dundee United in their last 2 matches in the league. 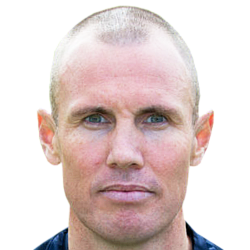 Mostly played in the Striker position, Kenny Miller was born in Edinburgh, Scotland. After having made a senior debut playing for Hibernian in the 1997 - 1998 season, the skilful Forward has got 4 league goals in this Championship 2019 - 2020 season so far from a total of 20 appearances.

While we have made these predictions for Partick Thistle v Dundee United for this match preview with the best of intentions, no profits are guaranteed. Always gamble responsibly, and with what you can afford to lose. Good luck with your selections.