UD Almería face off with away side Tenerife at Estadio de los Juegos Mediterráneos in the La Liga 2 fixture on Thursday.

For all of our match predictions, pre-game poll and statistics for UD Almería v Tenerife, scroll down (plus the best game odds).

UD Almería fans will want a repeat of their previous result, being a 1-2 La Liga 2 success over Albacete.

Their latest results shine a light on the fact that there has been much resilience in the UD Almería backline. Almería have given the opposition little, with the total number of goals that have gone past their goalkeeper over the course of their past six outings standing at 4. We will see if that trend will be sustained here.

Going into this one, UD Almería are undefeated in their previous 4 league matches at home.

Since a losing effort in their last game against Logroñés in La Liga 2 action, Tenerife and their fans will hope to get a better result this time.

Looking at the pre-match facts, Tenerife:

Looking at their prior head-to-head meetings stretching back to 03/12/2017 tells us that UD Almería have won 3 of them and Tenerife 1, with the tally of drawn matches standing at 2.

A sum of 16 goals were yielded between them during those clashes, with 10 for Almería and 6 belonging to Tenerife. The average number of goals per game works out to 2.67.

UD Almería manager José Gomes doesn’t have any fitness worries to speak of before this match thanks to a fully injury-free group available for selection.

Owing to a fully injury-free group to pick from, Tenerife boss Fran Fernández has zero fitness worries to report ahead of this game.

We’re of the opinion that Tenerife might have a difficult job to get anything against this UD Almería outfit who we reckon should end up scoring and staying ahead.

We’re therefore seeing a good tussle with a 1-0 victory for UD Almería at the end of the 90 minutes. 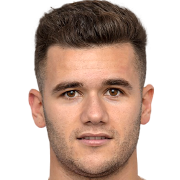 Mostly played in the Central Attacking Midfielder position, Ager Aketxe was born in Bilbao, Spain. Having played his first senior match for Athletic Bilbao in the 2014 - 2015 season, the talented Midfielder has managed to score 2 league goals in the LaLiga2 2020 - 2021 season to date from a total of 8 appearances.

We have made these UD Almería v Tenerife predictions for this match preview with the best intentions, but no profits are guaranteed. Please always gamble responsibly, only with money that you can afford to lose.