Würzburger Kickers come up against the visiting Nuremberg at flyeralarm Arena in the Bundesliga 2 game on Sunday.

Full predictions, pre-match stats and user poll for Würzburger Kickers v Nuremberg are shown on this page - along with the latest match odds.

Würzburger Kickers fans will want a repeat of their previous result, being a 1-2 Bundesliga 2 success vs Hannover.

It’s been a rare occasion in recent times that Würzburger Kickers haven’t conceded. It will be a concern for them that Würzburg have been scored against in 6 of their previous 6 matches, letting in 10 goals on the way. We shall soon find out if that trend will end up being continued on here.

Heading into this contest, Würzburger Kickers haven’t won at home in the past 2 league matches.

Nuremberg go into this meeting following a 2-1 Bundesliga 2 win vs SC Paderborn 07 in their previous fixture.

Robert Klauß's Nuremberg have found the back of the net 7 times throughout their latest 6 matches. The total of goals that have been scored against them during those matches comes to 7.

Ahead of this meeting, Nuremberg have not won away from home in their last 2 league games.

The last league clash between the two was Bundesliga 2 match day 11 on 13/12/2020 and the score finished Nuremberg 2-1 Würzburger Kickers.

Würzburger Kickers manager Ralf Santelli has zero fitness worries to speak of before this game thanks to a fully healthy group to choose from.

Here, we’re thinking that Würzburger Kickers will need things to go their way to be putting a goal past this Nuremberg side who we think will get the win and a maybe even keep a clean sheet as well.

Our tip is therefore for a very even contest with a 0-1 winning score for Nuremberg at full-time. 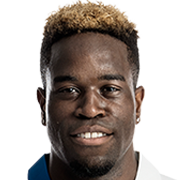 Normally deployed in the Striker position, Ridge Munsy was born in Luzern, Switzerland. After having made a senior debut playing for FC Luzern in the 2006 - 2007 season, the gifted Forward has got 7 league goals in this Bundesliga 2 2020 - 2021 season so far in 19 appearances.

While we have made these predictions for Würzburger Kickers v Nuremberg for this match preview with the best of intentions, no profits are guaranteed. Always gamble responsibly, and with what you can afford to lose. Best of luck with your selections.