Amiens line up against the visiting Clermont Foot at Stade de la Licorne in the Ligue 2 match on Saturday.

Our predictions, user poll and statistics for Amiens v Clermont Foot can be found here (inc. the best betting odds).

Amiens will be looking to improve on their last outing here following the 2-1 Ligue 2 defeat in their last game at the hands of AJ Auxerre.

Their latest results really do illustrate the point that much respect should be given to the Amiens SC defence. Amiens have been stingy, with the number of goals that have flown into the back of their net over the course of their past 6 matches standing at 4. Previous results aside, we will just have to wait and see whether that pattern will be maintained here in this match.

Coming into this contest, Amiens SC have left without a victory over Clermont Foot in their last 13 league games. That has got to hurt.

In their previous fixture, Clermont Foot drew 0-0 in the Ligue 2 match with EA Guingamp.

The trend of at least one side getting a clean sheet in games involving Clermont Foot has become noticeable recently. Checking on their last 6 outings shows that it has occurred 5 times. During those clashes, opposing sides have managed a goal aggregate of 4 and Clermont have scored 9.

Going into this game, the form guide shows that Clermont Foot:

An examination of past results between these clubs stretching back to 17/10/2008 shows that these fixtures have been miserable for Amiens. They have not managed to get themselves any wins whatsoever while Clermont Foot have been too good for them, running out winners in 67 per cent of those matches.

A total of 9 goals were yielded between them in these games, with 2 of them for Amiens and 7 created by Clermont. The average number of goals per game works out to 1.5.

The last league match featuring these sides was Ligue 2 match day 31 on 31/03/2017 which ended up with the score at Amiens SC 0-1 Clermont Foot.

The match was refereed by Alexandre Castro.

Availability isn’t a big problem, with just the lone fitness concern for the Amiens gaffer Oswald Tanchot to contend with from an otherwise complete group. Prince Gouano (Virus Infection) is out of contention.

From a largely full-strength group, there is only the lone fitness issue for the Clermont Foot boss Pascal Gastien to be concerned with. Jérôme Phojo (Mononucleosis) won’t be in action.

We are of the inclination to think that Clermont Foot and Amiens are both capable of scoring here.

A draw looks like a realistic possibility, but we’ll see what happens. That is why we are leaning toward a 1-1 score when the referee blows the full-time whistle. 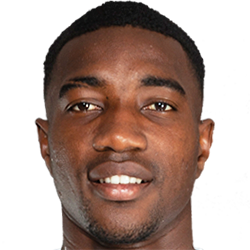 Regularly used in the Right Wing position, Cheick Timité was born in Abidjan, Ivory Coast. Having made a first senior appearance for AC Ajaccio in the 2015 - 2016 season, the skilful Forward has scored 2 league goals in this Ligue 2 2020 - 2021 campaign so far in a total of 9 appearances.

While we have made these predictions for Amiens v Clermont Foot for this match preview with the best of intentions, no profits are guaranteed. Always gamble responsibly, and with what you can afford to lose. Best of luck.