Our tips, poll and stats for BSC Young Boys v Atalanta can all be found here - as well as the best betting odds.

BSC Young Boys head into this game after a 1-1 Super League stalemate vs Grasshopper Club Zürich.

BSC Young Boys have not been the best at stopping their opponents lately, but they’ve also found ways to score goals themselves. Looking at their last 6 games, BSC Young Boys have seen their goal breached in 6 of them in addition to scoring in 5 of those matches. Nevertheless, time will tell whether the trend shall persist in this match or not.

Atalanta will go into the match following a 5-2 Serie A win versus Spezia in their most recent game.

Atalanta have regularly broken through opposing defences in the lead-up to this encounter, scoring 15 times in their previous 6 matches. Having said that, Atalanta can also improve defensively after being scored against in 6 of those same matches.

The last league contest between these sides was Champions League match day 2 on 29/09/2021 when it finished Atalanta 1-0 BSC Young Boys.

That day, Atalanta had 64% possession and 13 attempts on goal with 7 of them on target. The scorer was Matteo Pessina (68').

BSC Young Boys had 3 shots at goal with 1 of them on target.

The BSC Young Boys manager David Wagner has no fitness worries to speak of ahead of this game with a completely healthy squad ready to go.

Thanks to a completely injury-free squad available to select from, the Atalanta manager Gian Gasperini doesn’t have any fitness worries whatsoever coming into this clash.

BSC Young Boys will manage to score against this Atalanta team, but one goal probably shouldn’t be as many as they’ll concede.

Our tip is for both teams to score in a 1-2 winning score for Atalanta after the 90. Hopefully this is a good one. 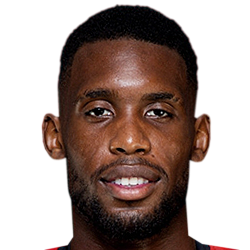 Customarily deployed in the Striker position, Jordy Siebatcheu was born in Washington, D.C. , USA. Having made his senior debut playing for Reims in the 2014 - 2015 season, the talented Forward has struck 6 league goals in this Super League 2021 - 2022 season to date in 11 appearances.

While we have made these predictions for BSC Young Boys v Atalanta for this match preview with the best of intentions, no profits are guaranteed. Always gamble responsibly, and with what you can afford to lose. We wish you the best of luck.