Genk will be visiting Olympisch Stadion on Sunday for the First Division A clash with home team Beerschot.

Our tips, poll and stats for Beerschot v KRC Genk can all be found here (plus the best game odds).

Beerschot will play in this game following a 1-1 First Division A drawn match against KV Kortrijk.

Javier Torrente's Beerschot have hit the back of the net 10 times over their preceding six outings. The corresponding number of goals that have been scored against them in those games stands at 6.

In their last game, Genk drew 1-1 in the First Division A match with Cercle Brugge.

The stats tell the story, and Genk have been scored against in 5 of their last 6 games, conceding 11 goals in all. Defensively, KRC Genk have been far from perfect. Despite that, time will tell whether the trend might be maintained in this next match.

The last league match featuring the two was First Division A match day 27 on 21/02/2021 which ended up with the score at KRC Genk 1-2 Beerschot.

The Beerschot boss Javier Torrente has zero fitness worries whatsoever before this match with a fully injury-free group available for selection.

Due to a fully healthy group available to choose from, the Genk manager John van den Brom doesn’t have any fitness concerns to report before this clash.

For this match, we think that Beerschot are likely to get a goal against this KRC Genk team, but a single goal possibly won’t quite be enough to give them the result that they want.

Therefore, we think that it’s going to be both teams to score in a 1-2 victory for KRC Genk by the conclusion of the game. There shouldn’t be much in it, either way. 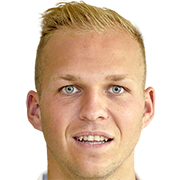 Customarily taking to the field in the Centre Midfield position, Raphael Holzhauser was born in Neustadt, Austria. After making a first senior appearance for in the 2010 - 2011 season, the gifted Midfielder has scored 3 league goals in the First Division A 2021 - 2022 campaign so far coming from a total of 14 appearances.

We have made these Beerschot v KRC Genk predictions for this match preview with the best intentions, but no profits are guaranteed. Please always gamble responsibly, only with money that you can afford to lose. Best of luck with your selections.