This forthcoming Europa League Qualifiers clash sees Djurgårdens IF fighting it out with their opponents Europa FC on Thursday.

Djurgårdens IF go into this match following a 1-1 Allsvenskan stalemate vs IF Elfsborg.

It has not been often in recent games where Djurgårdens IF haven’t conceded. In fact, Blåränderna have been scored against in 5 of their previous 6 games, giving up 9 goals along the way. Regardless, we must now wait to see if that pattern will be sustained in this next game or not.

Following on from tasting defeat last time out to Red Star Belgrade in UCL Qualifiers competition, Europa FC will be aiming to make amends here.

In as many as 5 of the previous 6 games featuring Europa FC, three or more goals have gone in. The average goals scored per match during that spell is 3.67, with the number of goals averaged by The Green Machine being 1.

Djurgårdens IF manager Kim Bergstrand will be thankful to have no fitness concerns to speak of before this game with a fully injury-free group ready to go.

Owing to a completely healthy squad to pick from, Europa FC boss Rafael Escobar has zero fitness concerns to speak of ahead of this match.

It looks to us that Djurgårdens IF can be able to score a couple when they face Europa FC, who could well find it tough scoring.

We reckon that it will be a decent 2-0 win for Djurgårdens IF at the end of the 90 minutes.

Over/Under 2.5 Goals Prediction for Djurgårdens IF vs Europa FC
Under 2.5 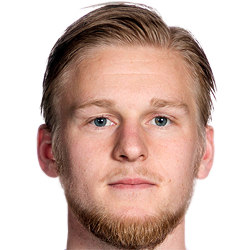 Regularly deployed in the Striker position, Kalle Holmberg was born in Örebro, Sweden. Having made his senior debut playing for Örebro SK in the 2011 season, the skilful Forward has got 4 league goals in the Allsvenskan 2020 campaign so far in a total of 19 appearances.

While we have made these predictions for Djurgårdens IF v Europa FC for this match preview with the best of intentions, no profits are guaranteed. Always gamble responsibly, and with what you can afford to lose. Good luck with your selections.