Scroll down to see all of the predictions, poll and statistics for KFC Uerdingen v Dynamo Dresden - plus the latest betting odds.

KFC Uerdingen are hoping to win again after their last result, the 0-2 3rd Liga victory over Türkgücü München.

For KFC Uerdingen, the goals were scored by Gustav Marcussen (51') and Kolja Pusch (68').

It’s been seldom in recent games where KFC Uerdingen have managed to hold out for a full 90 minutes. The facts show that Uerdingen have seen their defence breached in 5 of their previous 6 clashes, shipping 11 goals on the way.

Heading into this fixture, KFC Uerdingen haven’t won at home in the past 8 league matches. Something needs to change.

Dynamo Dresden come into this clash following on from a 1-0 3rd Liga win over Duisburg in their last match.

The only scorer from Dynamo Dresden was Christoph Daferner (77').

A tendency of at least one side getting a clean sheet in games featuring Dynamo Dresden has become fairly consistent of late. Examining their last 6 meetings shows that it has happened 6 times. In those clashes, their opponents have managed a goal aggregate of 6 while Dresden have scored 2. That being said, we must now wait to see whether such a trend will be maintained here in this match or not.

Coming into this fixture, Dynamo Dresden are without a win away from home in their last 2 league games.

The previous league meeting between the two was 3rd Liga match day 14 on 05/12/2020 which ended up with the score at Dynamo Dresden 0-0 KFC Uerdingen.

We’re inclined to think that KFC Uerdingen will do well to score goals against this Dynamo Dresden lineup who we think might emerge victorious.

We’re therefore predicting a highly competitive game with a 0-1 winning margin for Dynamo Dresden when the referee blows for full-time. 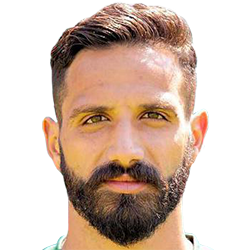 Mostly played in the Striker position, Adriano Grimaldi was born in Italy. Having made a first senior appearance for Mainz in the 2009 - 2010 season, the gifted Forward has scored 5 league goals in the 3. Liga 2020 - 2021 season so far in a total of 21 appearances.

While we have made these predictions for KFC Uerdingen v Dynamo Dresden for this match preview with the best of intentions, no profits are guaranteed. Always gamble responsibly, and with what you can afford to lose. Good luck with your selections.