To see all of our predictions, user poll & stats for Ōmiya Ardija v FC Ryukyu, scroll down - plus the latest match odds.

Ōmiya Ardija prepare for this fixture following on from a 1-1 J2 League stalemate against V-Varen Nagasaki.

The only scorer from Ōmiya Ardija was Atsushi Kurokawa (87'). Seiya Maikuma (49') was the scorer for V-Varen Nagasaki.

Ōmiya Ardija have been quite ineffective in attack of late. Their sum of goals stands at just 4 vs opposition teams over the course of their last 6 matches. In those games, Omiya have also seen the number of goals scored against them come to 6. Historical results aside, time will tell whether such a trend shall be maintained in this game or not.

Following on from being beaten in their last game against S.C. Sagamihara in J2 League action, FC Ryukyu and their travelling fans will hope for a better result here.

During their six latest matches, Yasuhiro Higuchi's FC Ryukyu have slotted home a total of 10 times, giving them a goals per game average of 1.67.

The last league fixture featuring these clubs was J2 League match day 6 on 03/04/2021 when it ended FC Ryukyu 0-0 Ōmiya Ardija.

Ōmiya Ardija boss Ken Iwase will be grateful not to have any fitness worries whatsoever coming into this match with a completely injury-free squad to pick from.

Ryukyu boss Yasuhiro Higuchi has to choose from a squad that has some fitness concerns. Keita Tanaka (Calf Strain), Junto Taguchi (Fractured Finger) and Ren Ikeda (Lumbar Vertebra Fracture) are names that won’t be on the team sheet.

In our opinion, FC Ryukyu and Ōmiya Ardija could both well score here although it’s hard to see a clear-cut winner.

Let’s see how this one goes, but it looks this could be a draw. We’re therefore predicting a very even match with a 1-1 score draw at the conclusion of the game. 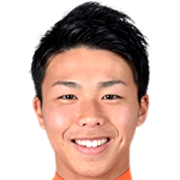 Regularly playing in the Right Attacking Midfielder position, Atsushi Kurokawa was born in Saitama, Japan. Having made a first senior appearance for Ōmiya Ardija in the 2017 season, the talented Midfielder has accumulated 2 league goals in the J2 League 2021 season to date in a total of 22 appearances.

While we have made these predictions for Ōmiya Ardija v FC Ryukyu for this match preview with the best of intentions, no profits are guaranteed. Always gamble responsibly, and with what you can afford to lose. Best of luck with your selections.