Scroll down for all of our predictions, poll and stats for the FC Ryukyu v Renofa Yamaguchi game - plus the latest match odds.

FC Ryukyu prepare for this fixture coming off the back of a 0-0 J2 League drawn match against Thespa Kusatsu.

In their last 6 fixtures, Nacho Fernández's FC Ryukyu have scored a total of 5 times which gives them an average number of goals scored per match of 0.83.

In their previous game, Renofa Yamaguchi drew 1-1 in the J2 League match with Zweigen Kanazawa.

The only name on the scoresheet from Renofa Yamaguchi was Takayuki Mae (63'). Kazuya Onohara (36') was the scorer for Zweigen Kanazawa.

Checking on their prior head to head meetings stretching back to 03/11/2019 shows us that FC Ryukyu have won 4 of them and Renofa Yamaguchi 2, with the tally of drawn games standing at 0.

An aggregate of 19 goals were yielded between them during those clashes, with 9 from Ryukyu and 10 created by Renofa. The average goals per game has been 3.17.

The match was refereed by Masaki Tsuruoka.

Álex Barrera (Groin Strain) and Takuma Abe (Achilles tendon rupture) will not be taking part for FC Ryukyu manager Nacho Fernández. So Nakagawa cannot play in this game through suspension.

We feel that Renofa Yamaguchi and FC Ryukyu could both end up scoring in what appears to be a good match-up, with little separating these two teams.

A draw looks like a realistic possibility, but we’ll see what happens. That is why we are leaning toward a tight encounter, finishing with a 1-1 scoreline when the full-time whistle blows. 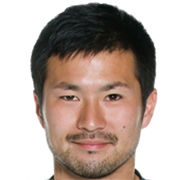 Generally taking to the field in the Striker position, Takuma Abe was born in Tokyo, Japan. Having played his first senior match for Tokyo Verdy in the 2010 season, the goalscoring Forward has managed 3 league goals in this J2 League 2022 campaign to date in 15 appearances.

While we have made these predictions for FC Ryukyu v Renofa Yamaguchi for this match preview with the best of intentions, no profits are guaranteed. Always gamble responsibly, and with what you can afford to lose. Good luck with your selections.