Forest Green Rovers, buoyed by their previous result, will be hoping for more of the same after the 0-2 League Two success versus Carlisle United.

For Forest Green Rovers, the scorers were Jamille Matt (29') and Nicky Cadden (32').

Their latest results really do illustrate the point that it has been a great time for the Forest Green Rovers backline. Forest Green Rovers have been stingy, with the number of goals that have gone in at their end during their previous six clashes standing at 1. It will be interesting to see if that trend will be sustained here.

A look at their previous results shows us that Forest Green Rovers:

Swindon Town will go into the match following on from a 1-3 League Two win versus Bristol Rovers in their most recent game.

Swindon Town have regularly broken through opposing defences in their most recent fixtures, scoring 8 goals in their previous 6 matches. This doesn’t mask the fact that Swindon Town have been somewhat leaky at the back, having also been scored against in 5 of those same games.

A look at their previous results shows us that Swindon Town:

If we look at their past head to head duels going back to 14/08/2018, there is nothing to separate the two clubs with Forest Green Rovers winning 2 of those games, Swindon Town 2 and 2 being drawn in normal time.

In all, 12 goals were scored between the two sides in these games, with 6 of them for The Green Devils and 6 for The Robins. That is an average goals per game value of 2.

The Forest Green Rovers boss Rob Edwards has a full complement, with no fitness concerns to speak of before this game owing to a completely injury-free group to pick from.

Due to a mostly healthy group, there’s just the one fitness problem for the Swindon Town boss Ben Garner to be concerned about. Ben Gladwin (Knee Injury) misses out for this game.

It looks to us that Forest Green Rovers look likely to get the goals that they need when they come up against Swindon Town, who may well struggle getting on the scoresheet.

Therefore, we are anticipating a decent 2-0 victory for Forest Green Rovers at the conclusion of the game. 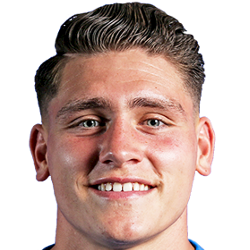 Customarily deployed in the Striker position, Matty Stevens was born in Surrey, England. Having played his first senior match for Barnet in the 2014 - 2015 season, the skilful Forward has got 6 league goals in this League Two 2021 - 2022 season so far coming from a total of 10 appearances.

We have made these Forest Green Rovers v Swindon Town predictions for this match preview with the best intentions, but no profits are guaranteed. Please always gamble responsibly, only with money that you can afford to lose. Good luck!