The Super Lig clash at Eryaman Stadyumu on Sunday sees home team MKE Ankaragücü fighting it out with Gençlerbirliği.

All of our predictions, stats and the user poll for MKE Ankaragücü v Gençlerbirliği are shown below (including the best match odds).

MKE Ankaragücü will play in this game following on from a 1-1 Super Lig drawn result versus Konyaspor.

MKE Ankaragücü haven’t had any problems with scoring, finding the back of the net in each and every one of their last 6 games.

They have managed to rack up 9 during that time while seeing the number of goals scored against them stand at 6.

Analysis of their past results shows that MKE Ankaragücü:

In their last fixture, Gençlerbirliği drew 1-1 in the Super Lig tie with BB Erzurumspor.

Looking at their form, and Gençlerbirliği have been scored against in 6 of their last 6 games, conceding 7 goals overall. In defence, Ankara Rüzgârı could really do with shoring things up. That kind of pattern isn’t assured to be carried forward into this game, however.

Going into this one, Gençlerbirliği are undefeated in their previous 2 league matches away from home.

A glance at their past head-to-head clashes going back to 26/02/2011 shows that MKE Ankaragücü have won 1 of these games & Gençlerbirliği 3, with the tally of drawn results being 2.

A combined sum of 15 goals were produced between them during those clashes, with 6 of them for Kupa beyi and 9 created by Ankara Rüzgârı. That’s an average goals per game figure of 2.5.

The previous league contest featuring these clubs was Super Lig match day 13 on 20/12/2020 which ended up with the score at Gençlerbirliği 1-1 MKE Ankaragücü.

MKE Ankaragücü boss Hikmet Karaman will be thankful to have no fitness worries at all before this clash owing to a completely injury-free squad to pick from.

With a fully healthy squad available to select from, Gençlerbirliği boss Özcan Bizati does not have any fitness concerns to report before this clash.

We’re of the view that Gençlerbirliği are certainly able to break down this MKE Ankaragücü team, but that might not quite prevent them from conceding a couple at the other end.

We think that it’s going to be both teams to score in a 2-1 winning score for MKE Ankaragücü at the end of this one. Let’s see what happens here. 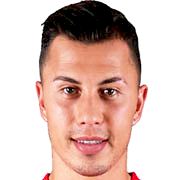 Normally taking to the field in the Striker position, Emre Güral was born in Offenbach am Main, Germany. After making a first senior appearance for Regensburg in the 2008 - 2009 season, the goalscoring Forward has managed to score 3 league goals in this Süper Lig 2020 - 2021 campaign to date in a total of 20 appearances.

We have made these MKE Ankaragücü v Gençlerbirliği predictions for this match preview with the best intentions, but no profits are guaranteed. Please always gamble responsibly, only with money that you can afford to lose. Best of luck.