Werder Bremen will arrive at Holstein-Stadion on Saturday for the Bundesliga 2 clash with home side Holstein Kiel.

All of our predictions, stats and the user poll for Holstein Kiel v Werder Bremen are shown below - along with the latest match odds.

Holstein Kiel will be looking to improve on their last outing here following the 2-1 Bundesliga 2 losing effort in their last game against Heidenheim.

Holstein Kiel have not been the best at stopping their opponents recently, although they’ve also managed to convert their own chances into goals. Analysis of their previous 6 games shows that Holstein Kiel have been punished defensively in 6 of them as well as managing to get on the scoresheet in 6 of those matches.

Heading into this fixture, Holstein Kiel are undefeated in their last 2 league matches at home.

In their last game, Werder Bremen drew 1-1 in the Bundesliga 2 match with Schalke.

In that game, Werder Bremen managed 56% possession and 14 shots at goal with 4 on target. The scorer for Werder Bremen was Niklas Füllkrug (99'). For their opponents, FC Schalke 04 got 15 attempts on goal with 2 on target. Simon Terodde (82') scored for Schalke.

Coming into this fixture, Werder Bremen are unbeaten in their last 2 league matches away from home.

The Holstein Kiel boss Marcel Rapp will be grateful to have no fitness worries whatsoever ahead of this game thanks to a fully injury-free squad available to choose from.

Owing to a fully healthy squad to choose from, the Werder Bremen manager Danijel Zenković has no fitness worries to report before this match.

Our feeling is that Holstein Kiel might well have a job on their hands to get anything against this Werder Bremen lineup who will likely be able to get on the scoresheet themselves in a winning performance.

That’s why we have predicted a hard-fought 0-1 advantage for Werder Bremen at the end of this game. 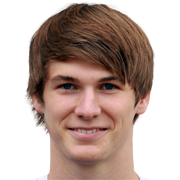 Mostly taking to the field in the Striker position, Benedikt Pichler was born in Austria. Having made a first senior appearance for Austria Klagenfurt in the 2018 - 2019 season, the skilful Forward has managed to score 3 league goals in the 2. Bundesliga 2021 - 2022 campaign so far from a total of 8 appearances.

We have made these Holstein Kiel v Werder Bremen predictions for this match preview with the best intentions, but no profits are guaranteed. Please always gamble responsibly, only with money that you can afford to lose. We wish you the best of luck.