UD Las Palmas face off with away team CD Mirandés at The Estadio de Gran Canaria in this La Liga 2 tie on Friday.

View all UD Las Palmas v CD Mirandés tips, stats and our pre-match poll below - along with the latest match odds.

UD Las Palmas will want to continue from where they left off last time out with the 1-2 La Liga 2 victory against Ibiza.

In that game, UD Las Palmas managed 76% possession and 14 shots at goal with 6 on target. For UD Las Palmas, the goalscorers were Sandro Ramírez (56') and Jonathan Viera (62'). At the other end, Ibiza had 13 attempts on goal with 5 on target. Mateusz Bogusz (22') scored for Ibiza.

Their latest results highlight the fact that much solidity has been shown by the UD Las Palmas rearguard. UD Las Palmas have kept it tight, seeing the total number of goals that have gone past their goalkeeper during their last 6 outings standing at 4. Previous results aside, it remains to be seen if that pattern might be sustained in this next match.

CD Mirandés will go into the game following a 2-0 La Liga 2 win vs CD Lugo in their previous fixture.

Joseba Etxeberria's CD Mirandés have seen their efforts on goal rewarded 8 times in the course of their most recent six matches. The total of goals that they have conceded during that same period equals 6.

Ahead of this clash, CD Mirandés have not been beaten in their last 3 league matches away from home.

Looking over their most recent head-to-head meetings going back to 11/07/2020 shows us that UD Las Palmas have won 2 of them & CD Mirandés 3, with the tally of drawn results being 1.

A total of 18 goals were scored between the two sides throughout the course of those matches, with 7 of them for Las Palmas and 11 for Rojillos. The average goals per game has been 3.

The last league match featuring these clubs was La Liga 2 match day 8 on 01/10/2022 which finished with the scoreline of CD Mirandés 3-3 UD Las Palmas.

There aren’t many selection issues, with just a single fitness concern for the UD Las Palmas manager Francisco García Pimienta to be concerned with from a near full-strength set of players. Kirian Rodríguez (Lymphoma) is out of contention.

With a fully healthy group to pick from, the CD Mirandés boss Joseba Etxeberria doesn’t have any fitness worries to speak of before this clash.

Looking at these two teams, we feel that UD Las Palmas should see a lot of the ball and convert quite a few goal-scoring opportunities.

Conversely, CD Mirandés may well struggle to break down their defence although we do reckon that they could well end up converting at least once.

Our tip is for a comfortable 3-1 win for UD Las Palmas at the conclusion of the game. 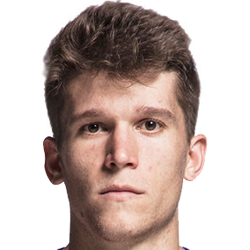 Customarily taking to the field in the Striker position, Marc Cardona was born in Lleida, Spain. Having made a first senior appearance for Barcelona B in the 2017 - 2018 season, the talented Forward has managed to score 6 league goals in this LaLiga2 2022 - 2023 campaign so far in a total of 19 appearances.

While we have made these predictions for UD Las Palmas v CD Mirandés for this match preview with the best of intentions, no profits are guaranteed. Always gamble responsibly, and with what you can afford to lose. Good luck!