All NEC v NAC Breda match predictions, user poll and stats are shown below - along with the latest match odds.

NEC will be looking for a repeat result of a 0-1 Eerste Divisie victory versus Jong Ajax.

In that game, NEC managed 40% possession and 15 shots on goal with 4 on target. The only player to score for NEC was Édgar Barreto (34'). On the other side, Jong Ajax got 12 attempts on goal with 5 of them on target.

It has been all too rare in recent times where NEC have shown defensive steel. The reality is that NEC have seen their defence breached in 5 of their previous 6 matches, shipping 9 goals in the process. That trend isn’t assured to follow through into this match, though.

Their prior results show that NEC:

Since suffering a loss in their previous game against Excelsior in Eerste Divisie competition, NAC Breda and their fans will hope to get a better result this time.

NAC Breda have been dangerous up front in the lead-up to this encounter, scoring 11 times in their last 6 matches. Having said that, De Parel van het Zuiden have had their own issues at the back, also conceding in 6 of those same matches.

Looking at their past form shows that NAC Breda:

A glance at their most recent head to head meetings dating back to 05/02/2014 tells us that NEC have won 1 of these games and NAC Breda 3, with the number of draws standing at 2.

An aggregate of 12 goals were yielded between them during those clashes, with 4 of them for NEC and 8 coming from De Parel van het Zuiden. That’s an average goals per game of 2.

The previous league clash between these sides was Eerste Divisie match day 10 on 30/10/2020 when it ended NAC Breda 0-1 NEC.

In this game, NAC Breda will have to play really well to get a goal against a NEC side who should be able to really run this game.

We can see a commanding 3-0 margin for NEC at the end of the game. 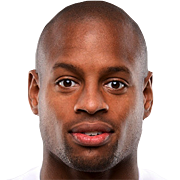 Generally deployed in the Striker position, Rangelo Janga was born in Rotterdam, Netherlands. After having made a senior debut playing for Willem II in the 2010 - 2011 season, the skilful Forward has struck 8 league goals in this Eerste Divisie 2020 - 2021 season so far from a total of 33 appearances.

We have made these NEC v NAC Breda predictions for this match preview with the best intentions, but no profits are guaranteed. Please always gamble responsibly, only with money that you can afford to lose. We wish you the best of luck.