Reggina will be at Stadio Paolo Mazza on Saturday for the Serie B tie with hosts SPAL.

All of our predictions, stats and the user poll for SPAL v Reggina are shown below - as well as the best betting odds.

SPAL go into this game after a 2-2 Serie B drawn match against Vicenza.

In that match, SPAL had 56% possession and 11 attempts at goal with 6 on target. For SPAL, the goals were scored by Alberto Paloschi (28') and Mattia Valoti (42'). Vicenza got 15 shots on goal with 6 of them on target. Nicola Pasini (70') and Riccardo Meggiorini (75') scored for Vicenza.

It’s not been often in recent games that SPAL have kept a clean sheet. The reality is that SPAL have seen their defence breached in 6 of their previous 6 games, shipping 12 goals during that time. Such a pattern isn’t assured to be carried forward here, however.

Coming into this contest, SPAL have not won at home in their last 3 matches in the league.

Reggina will go into this game following on from a 1-0 Serie B win in the defeat of Pordenone in their previous outing.

A series of outstanding displays from the Reggina defenders has seen their ‘goals against’ tally amounting to 3 from their previous 6 outings overall. Over that same period of time, the number of goals that they have scored themselves amounts to 7.

Coming into this meeting, Reggina are undefeated in their previous 3 league matches away from home.

On that occasion, Reggina had 50% possession and 11 shots on goal with 5 on target.

The referee was Giovanni Ayroldi.

There aren’t many selection issues, with just the sole fitness concern for the SPAL boss Pasquale Marino to be concerned about from an otherwise complete squad. Marco Tumminello (Fitness) misses out.

Due to a fully healthy squad to pick from, Reggina boss Marco Baroni has zero fitness concerns whatsoever before this game.

Reggina are likely to find the net against this SPAL outfit, although that is unlikely to be as many as they’ll concede.

We can see a 2-1 winning margin for SPAL when all is said and done. Expecting it to be very competitive. 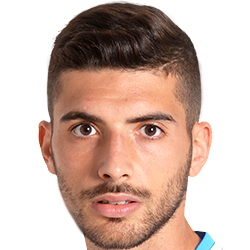 Usually taking up the Centre Midfield position, Mattia Valoti was born in Vicenza, Italy. After having played his first senior match for U.C. AlbinoLeffe in the 2010 - 2011 season, the goalscoring Midfielder has accumulated 7 league goals in the Serie B 2020 - 2021 season to date from a total of 21 appearances.

While we have made these predictions for SPAL v Reggina for this match preview with the best of intentions, no profits are guaranteed. Always gamble responsibly, and with what you can afford to lose. Good luck!