All of our predictions, stats and the user poll for Lille v AC Milan are shown below - as well as the best betting odds.

Lille are hoping to win again following a 4-0 Ligue 1 victory vs FC Lorient.

Matches with Lille have proved to be entertaining ones lately with high scoring being a real hallmark. Over their past six clashes, the sum total of 20 goals have gone in for both sides combined (at an average of 3.33 goals per game) with 13 of those coming from LOSC. We will see whether or not that trend will end up being continued on into this next match.

AC Milan head into the game after a 1-3 Serie A win with the downing of SSC Napoli in their last match.

The stats tell the story, and AC Milan have been scored against in 5 of their last 6 games, seeing their opponents hit 10 goals overall. Defensively, i Rossoneri have seen their frailties exposed.

The last league encounter between the two was Europa League match day 3 on 05/11/2020 when it finished AC Milan 0-3 Lille.

That time, AC Milan had 55% possession and 12 shots at goal with 4 of them on target.

Milan manager Stefano Pioli has to choose from a squad that has some fitness concerns. Alexis Saelemaekers (Distortion of the ankle), Rafael Leão (Biceps femoris muscle injury) and Zlatan Ibrahimovic (Muscle Injury) are not able to play.

Our thinking is that AC Milan and Lille could both well score here although it’s hard to see a clear-cut winner.

There should be little in it, and a draw looks to be quite a realistic result. We’re therefore predicting a very close game with a 1-1 score when all is said and done. 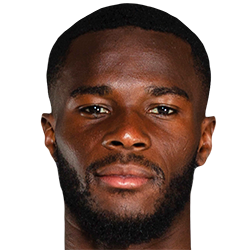 Generally taking up the Right Wing position, Jonathan Bamba was born in Alfortville, France. Having made his senior debut playing for St Etienne in the 2014 - 2015 season, the skilful Forward has netted 4 league goals in the Ligue 1 2020 - 2021 season to date coming from a total of 10 appearances.

While we have made these predictions for Lille v AC Milan for this match preview with the best of intentions, no profits are guaranteed. Always gamble responsibly, and with what you can afford to lose. Good luck with your selections.